Fonta Flora Brewery’s Todd Boera has brewed with a variety of locally-grown ingredients, from carrots and kiwis to grain and even bread.

What he hasn’t had the luxury of brewing with, however, is space.

At the brewery and tasting room in the Appalachian town of Morganton, North Carolina, Boera brews on a 3.5-barrel system. The brewing space is confined to just 300 square feet. The tasting room comprises the bulk of the building, where fans of the brewery frequently flock for the brewery’s regular releases.

Boera and his business partners, brothers Mark and David Bennett, opened the brewery in 2013, and it didn’t take them long to outgrow it. A few doors down from the brewery in a building that’s not open to the public is a 3,000-square-foot cellar space filled with additional tanks, barrels and bottles.

Soon, Boera will have more than enough space. About 20 minutes away from Morganton in the small town of Nebo, the team at Fonta Flora is hard at work building a farmhouse brewery on more than eight acres. Shortoff Mountain towers in the distance, and the land is surrounded by Lake James State Park.

Boera first saw a for sale sign in 2015. The seller initially didn’t want to subdivide the 53 acres, but after a year and a half of negotiations the brewery was able to sign a conservation easement with the Foothills Conservancy of North Carolina to protect the land from future development.

“This was I think the property that we all just completely were enamored with and fell in love with,” says Boera. “Surprisingly there weren’t a ton of pieces of property in this area that were for sale and had what this place had.”

The land was once home to the Whippoorwill dairy farm. While cows no longer graze the property, two buildings of stacked stone remain. One was a milking parlor, a drain trench running straight down the center. This building will be used for sour beer production and barrel storage, while the other will likely hold a coolship.

While Fonta Flora was able to keep these two stone buildings, the property’s large barn—which was initially going to house the brewery—was deemed structurally unsound. The brewery is constructing a new barn that will hold the brewhouse as well as a tasting room (the latter pending approval by the county). Plans are to start brewing later this year, and to open to the public in 2018.

While the tasting room in Morganton is right off Interstate 40, visiting the new brewery requires a longer (but more scenic) drive through rural Burke County. Boera is excited by the prospects of a “destination brewery,” even if it might not make sense from a traditional business perspective.

“Let’s build a brewery without any amenities and away from a population source,” he says. “I guarantee you people are looking at us and they either think that we’re insane, or they’re insanely jealous of what we’re doing. I think those are the two trains of opinions. I think we’re a little bit of both.” 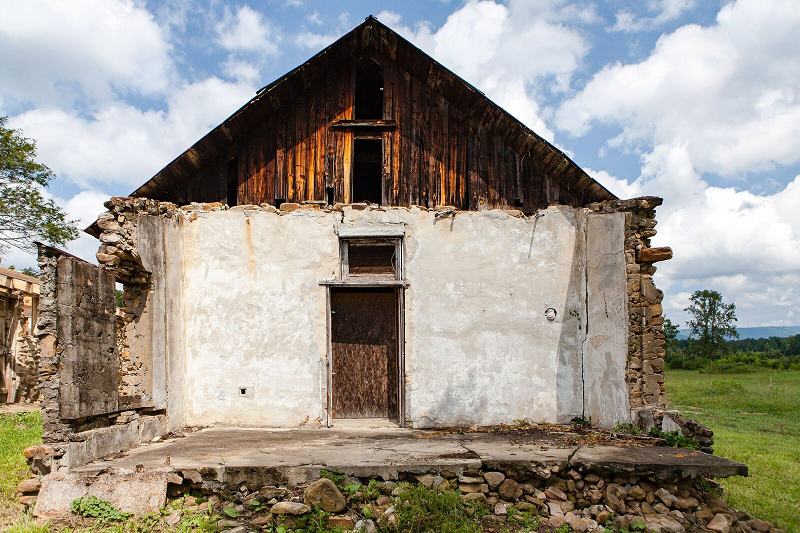 The new property, of course, isn’t completely without amenities. In addition to the old stone buildings and the new brewery itself, the grounds will be filled with gardens and orchards. Boera wants visitors to be able to spend a day at the brewery not just enjoying the beers, but the property as well.

“The big picture of this is going to be a really interactive experience for people,” Boera says. “Nothing’s going to be closed off. I want to have a coolship room, and for the door to it to be unlocked so as people are coming through they can just open up the door and peek in and see the coolship. We want people to be able to walk around the grounds. What’s the point of having something like this if everything is just fenced off?”

The new venture is a return to the land for Boera, who studied sustainable agriculture at Warren Wilson College in nearby Swannanoa. Once, a professor at the school asked Boera if he had land or came from a wealthy family. While it was at first off-putting, Boera said it was a legitimate question for someone with a desire to farm.

Fonta Flora has already planted persimmon and pawpaw trees on the property, and Boera envisions a day when they can grow beets for Beets, Rhymes and Life (an Appalachian saison brewed with local beets) or carrots for Alpha vs. Beta Carotene (an IPA brewed with local carrots).

While the plan is to plant a variety of annual crops, Boera acknowledges the brewery will never be able to grow all of the produce it requires, especially since they’re moving up to a much larger 15-barrel brewhouse. And even if he could, he wouldn’t want to.

“The human aspect of connecting with the farms has been one of my favorite things about Fonta Flora,” Boera says. “Going out and seeing these farms, and shaking these folks’ hands, and writing them big ol’ checks.” 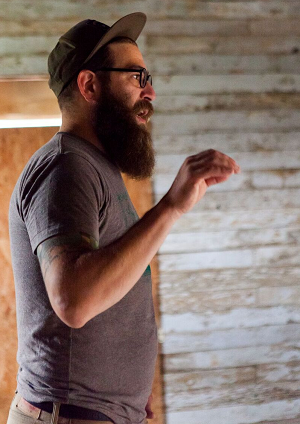 Last year, the brewery purchased 2,500 pounds of strawberries from Barbee Farms in Concord—all used on the small 3.5-barrel system. Boera anticipates buying two or three tons next year, and going through “an absurd amount of fruit” at the new brewery.

Much of the fruit will no doubt be used in Fonta Flora’s farmhouse ales, for which the brewery is most well-known. Actually being able to brew these farmhouse styles in a rustic setting, he says, is a blessing and a privilege.

“The ability to be making farmhouse beer on an actual farmhouse, on a really beautiful piece of land is great,” he says, while acknowledging that breweries like Free Range Brewing in Charlotte, North Carolina, capture the farmhouse spirit in an urban environment. “I think for me there are plenty of breweries that are on farms, that don’t really embody to me what it means to be a farmhouse brewery. They happen to have that location, but I don’t think they have that soul.”

Fonta Flora has had that soul since it opened in 2013. The new brewery, the gardens, the farm buildings themselves—it’s all an extension of what they have worked on for the last four years.

“When people come out here and are able to walk around here and see the gardens we’re able to plant, and the fruit orchards we’ve already started,” says Boera. “For us, this is everything. It helps us tell the story.”

Daniel Hartis is the editor of All About Beer Magazine.