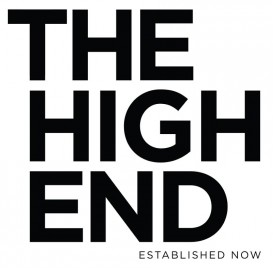 Anheuser-Busch InBev announced today a change to its sales structure that will result in layoffs of hundreds of employees in The High End, its division of craft and import breweries. The decision came on the heels of A-B InBev’s own internal research as well as a recent survey of wholesalers.

Due in large part to its recent acquisitions of craft breweries, A-B InBev has added more than 2,000 employees in recent years. Alex Medicis, the vice president of sales for Anheuser-Busch, explained in a letter to wholesalers how a new structure would allow the division to work with wholesalers in “a more efficient and effective way.”

The new structure also eliminates the role of sales representatives for The High End in an effort to simplify points-of-contact between wholesalers and the breweries. A-B InBev will, however, be adding inventory managers to work with district managers and regional craft brewery managers.

The letter to wholesalers included three additional announcements: that the company would also phase out brand activation manager programs and trade activation manager programs (a decision made after surveying wholesalers on their effectiveness); that the brewery will streamline its category management and trade marketing reporting structures; and that it would move A-B InBev’s Region 1 office from Boston to New Jersey next year “in order to centralize this team geographically within the region.”

“We have made considerable efforts to find new roles within our business for people affected by this restructuring,” wrote Medicis in the letter. “These are difficult decisions to make and ones we take very seriously. However, they are vital to ensure we are structured in the best way possible to better connect within an evolving industry.”

While A-B InBev is not sharing the exact number of employees affected, a spokesperson for the company said it amounted to less than 2% of the 18,000 employees that constitutes the brewery’s team in North America.

“The role and mission of The High End is unchanged,” wrote Adam Warrington, senior director of communications for The High End. “Feedback from our craft partners, wholesalers and retailers is that brewery reps are most appreciated in terms of brand culture and support. So we will be focusing our efforts in this direction moving forward.”