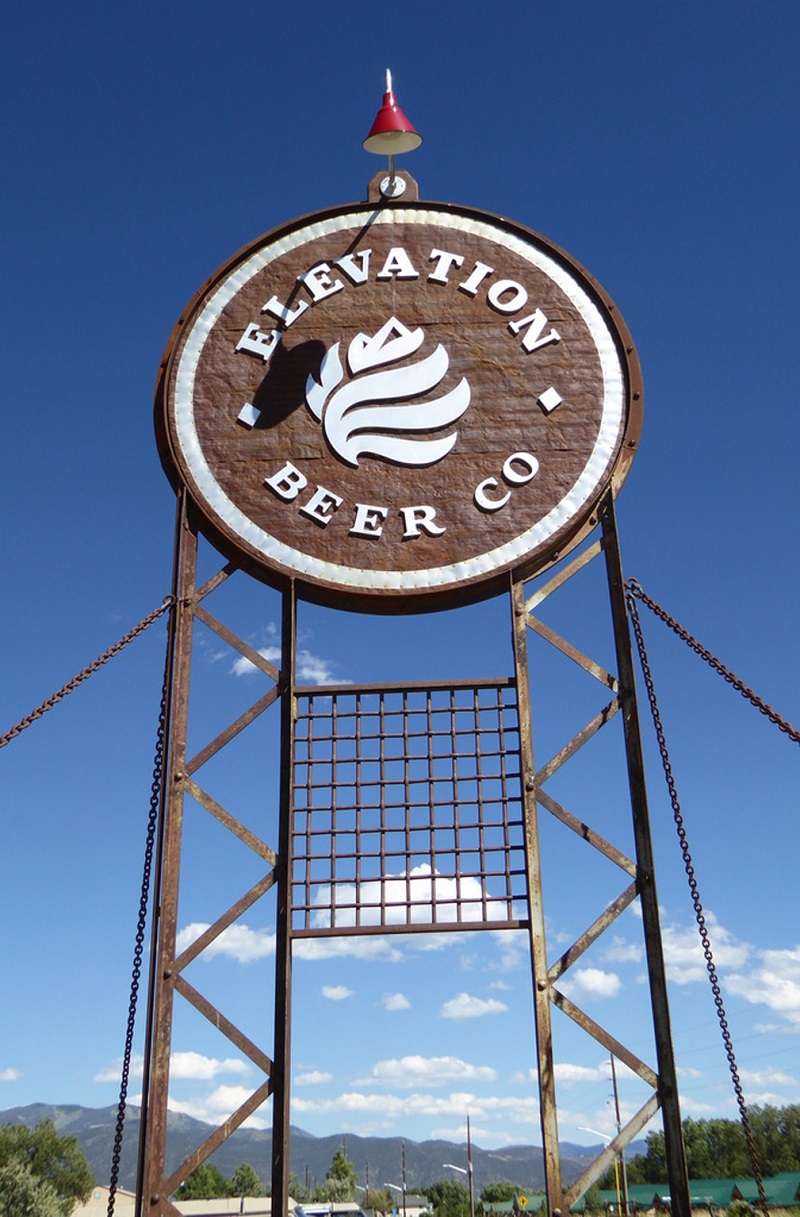 For years, the tiny crossroads town of Poncha Springs was a place that scores of travelers would pass through, but few would stay longer than it took to fill a gas tank. Then, in 2012, Elevation Beer Co. opened, and the south-central Colorado community quickly established itself as a preferred destination among Colorado beer explorers.

Poncha Springs—population 750—is in Chaffee County, a haven for outdoor adventure. The county has the highest concentration of 14ers (mountain peaks exceeding 14,000 feet) in the United States. A section of the 485-mile Colorado Trail bisects the county. The nearby Arkansas River sees the most commercial whitewater trips of any river in the country. The area has excellent fly fishing and mountain biking. A local bike shop includes a stop at Elevation as part of its guided mountain bike tour itinerary. Monarch Ski Area is less than 20 miles away, keeping the taproom busy through the winter with thirsty skiers.

Elevation (115 Pahlone Parkway) sits amid a collection of dispersed industrial businesses about a mile east of the junction of Highways 50 and 285. The tasting room is of modest dimensions, with space for a few booths, a few tables and a bar with seating for a half-dozen patrons. There’s additional seating outdoors on a canvas-shaded patio with communal picnic tables and a few benches constructed of repurposed skis. The Eddy Out food truck is often in residence.

Indoors, a variety of wooden fixtures, both new and well-weathered, create an ambience at once rustic and contemporary. The closer you scrutinize the space, the more interesting it becomes. Wooden beams, incorporated into the back bar, were salvaged from a Morton Salt mine. That explains the metal Morton Salt sign mounted above the chalkboard menu. The tables are constructed of wood salvaged from both a forest fire and bark beetle infestation in the nearby Collegiate Range.

It was owner-brewer Christian Koch’s well-crafted beers, however, that drew the attention of Colorado’s discerning beer drinkers early on. Elevation beers are weighted toward higher-gravity and Belgian-inspired offerings, although there’s sufficient variety to accommodate a wide range of tastes and moods. It seems appropriate that the brewery classifies its beers using a scheme borrowed from the ski industry’s ski trail rating system.

The brewery’s Green Series (easy, in ski terms) includes low-intensity, moderate-strength beers: 8 Second Kölsch and Wave Wheel Wit. The Kölsch is among Elevation’s most popular offerings and is one of the few beers below 6%. It was first brewed to be served at the Chaffee County Rodeo, which takes place annually at the neighboring fairgrounds. The name references the 8 seconds a bull rider must stay atop a bull to complete a successful ride. In this area of gorgeous mountain-backed ranches, wranglers and ranchers are among the loyal locals who frequent the taproom.

A step up to the Blue Series (more difficult) includes more robustly flavored creations that could still be considered everyday beers. Little Mo’ Porter and the hugely popular First Cast IPA make up this category. The Black Series (very difficult) includes more adventurous beers of higher alcohol, intensity and complexity. Among them is the deceptively smooth Apis IV, a 10% Belgian-style quadrupel lightly dosed with local honey. Also in the Black Series is Señorita, a horchata imperial porter brewed with cinnamon, vanilla and milk sugar. The nuanced and layered dark ale was a medal winner at the 2014 World Beer Cup competition. The brewery’s growing collection of barrel-aged beers makes up the Double-Black Series (expert only). A newly introduced “Freestyle” category incorporates collaborations and other special releases.

While you can find Elevation beers in Colorado, Texas, Arizona and Washington, the experience of sharing a pint or two with fellow beer travelers in the brewery’s lively taproom is a rewarding one. And while you’re in Poncha Springs, you can fill up your gas tank.