Pull Up A Stool With Leah Wong Ashburn of Highland Brewing Co. 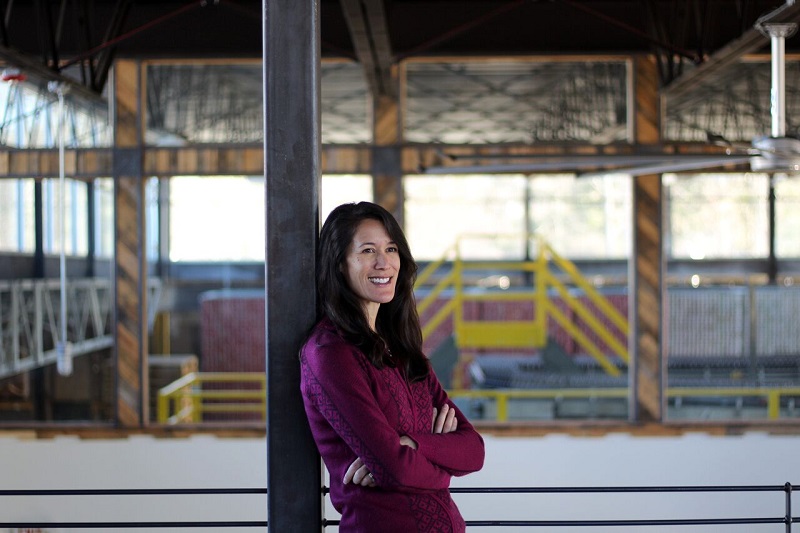 Oscar Wong opened Highland Brewing Co. in 1994, making it one of North Carolina’s oldest breweries. Before Asheville became a mecca for beer lovers, Wong was quietly producing the brewery’s flagship Gaelic Ale in a basement downtown. It didn’t take him long to outgrow that space, and the brewery has continued to evolve its taproom and portfolio in the years since.

Now, the brewery is set to evolve its branding as well. We caught up with Oscar Wong’s daughter and president of the brewery, Leah Wong Ashburn, to talk more about her decision to join the Highland team in 2011, the challenges that come with rebranding, and why a little “constructive discomfort” can be a good thing.

What was it like growing up the daughter of a brewery owner?

It was really cool. I was 24 when the brewery opened. Even though Dad turned me down for a job, I was still able to drink the beer and hang out with the staff when I was up here, and cheerlead for the brewery even though I wasn’t a part of it yet.

When did you realize you wanted to be part of the brewery?

It took 16 years of discussion, which sounds ridiculous but there was such a life transformation for me from the time Dad turned me down when I was 24. He wanted me to find my own way. Which, in hindsight, was brilliant. About eight years later, he offered me a job and I turned him down.

At the time, my financial independence and future security was my focus and I also had a lot more free time. I was still able to enjoy the brewery in so many ways and not be officially part of it. It took another eight years until the time was right for me, for my family, for the brewery. I was more ready than I thought to come to Asheville, and that transition as it turns out was really easy. We just immediately settled into this little mountain town with a whole lot of soul and activity.

My father is an anomaly in so many ways—so many beautiful ways. It’s highly unusual for a first-generation owner to need so little control, to need so little influence as the second generation comes at it in their own way. I have been extremely fortunate in my father’s approach to life. I think it goes back to his Jamaican roots. Like, “Hey, everything’s going to work out, it’s all good.” He has said, “Make this place yours, whatever that takes.”

And I’m making it not only mine, but ours—the whole staff, the whole company. I try to communicate with everyone. That has been a really great experience for me working with our leadership team, our management team, and our whole team. I’m not a brewer, and neither was my father. That has allowed me, necessarily so, to put complete trust and faith in our brewers, our quality team, our packaging team. They know more than I do, and it makes it even more critical that we trust each other and that we communicate well.

And we’ve seen that recently with you trusting your brewers to bring in newer styles.

Completely. Our foray into hoppier beer styles is not where our brewing passion was for a long time. But it comes down to people. We developed a passion in that area. It comes from our own folks and that feels good. The excitement from our brewers and the rest of the company has been palpable. It’s set the course for new beers. Getting into the brand conversation, it started creating a divide between what our beers are and what our brand looked like. 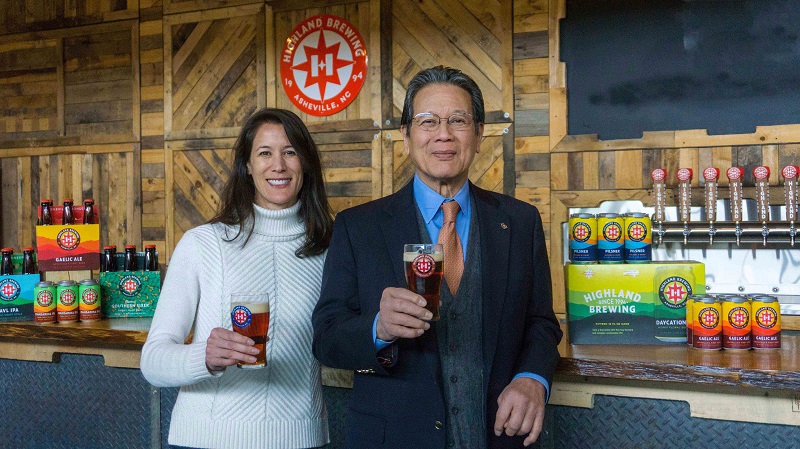 Obviously Highland’s a brand many in North Carolina know. Does being a legacy brand have its own challenges when it comes to rebranding?

Our hearts are so tied to the name Highland. We’ll continue to honor our Scots-Irish heritage with our name and with our flagship beer Gaelic Ale. What we noticed was that all the recognizable elements of our visual look were all Scottish, but we don’t make Scottish beer. That’s confusing to folks who don’t know us.

When you guys were first discussing the rebrand, what buzzwords did you throw around about what that new brand should convey?

We came at it from the opposite direction. We took input from a cross-section of employees, and the job of the branding company was to coalesce all of that input. And at the same time we had input from a Nielsen study, and input from a survey that we put out there to people that know Highland. The confluence was the process of finding out who we are, not who we’re going to tell people we are.

It was incredible to learn there was a disconnect between the Scottish look and the Scottish beers, and the people who said we should change our packaging. It was an overwhelming message that we could communicate better with our brand. I asked everyone here to give me three words they think of when I say Highland. It’s amazing how much that aligned with what the branding company coalesced. The words I heard from my own team were pioneering, community, sustainability, authenticity, leadership. Not a single person said Scottish.

Is it still scary to get away from that core look and feel?

One of my co-workers calls it constructive discomfort. If there were no discomfort in this, we either would not be reaching far enough, or we’d be kind of clueless. It’s a big change, and if you have a healthy amount of fear and discomfort it challenges you to do a better job of it.

What’s the vision for the beers themselves going forward?

I really think it is still, as it always has been, about the passion of our brewers. And I can’t limit it to the brewers. There are multiple departments taking part in envisioning the kind of beers we want to make and continuing recipe trials and specific ingredient trials and processes. It really is not just about one brain but multiple brains and their true passion for the beers they want to see created.

This interview was conducted and edited by Daniel Hartis.

Leah Wong Ashburn At A Glance

Family Owner, President
Years in Brewing Industry: Seven
Go-to beer from another brewery: Allagash White
Beer that inspired her early in life: Duchesse de Bourgogne
Couldn’t live without: Solo time
Favorite place to have a beer: Anywhere with a mountain view
Wishes she could buy a round for: Barack Obama
Biggest passion besides brewing: Physical activity
Keeping her up at night: Complexities of people—from the team member I know so well to the customer I’ll never meet