Trending: A Bevy of Berry Beers 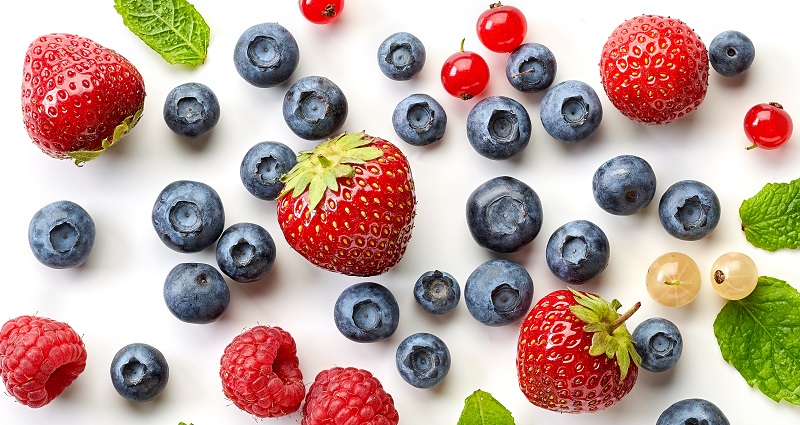 While nothing we’ve covered in this Trending column to date can quite match the degree to which hazy IPA has taken off, we are quickly approaching peak berry beer.

The larger recent rosé trends in the beverage industry—rosé cider, rosé vodka, rosé gin, rosé hard seltzer, rosé pretty much everything—are ramping up to a fever pitch. Nielsen reported a 53% year-to-year increase in U.S. rosé sales near mid-2017, while a January 2018 trend report included the section “Rosé All Day,” noting: “While consumers purchase this varietal throughout the year, sales in U.S. off-premise channels highly skew to summer months and peaked during the week of Independence Day in 2017.”

This summer’s going to be super pink.

The rosé trend, of course, accounts only for an unknowable portion of these new berry-beer launches, and the overall rise in kettle-souring techniques for making sour beer more quickly certainly figures in as well (berry additions being a good way of tempering the lactic tartness). But, should you happen to see a rosé reference on that new berry beer, don’t be surprised.

A few of these examples seemed to go very purposefully for a rosé-like profile, offering that refreshing combo of berries and subtle tannins, while others tended to go one of two hugely divergent directions: toward basic reassuring fruity sweetness or enamel-ending lactic acidity. I’m iffy on sweet beers, but these days I’ll take them over door #2. The mixed-fermentation examples tend to offer a more immersive experience, as do the examples that employ whole fruit. Expect price points to go up for both. Maybe sample them with a rosé-flavored rosé?

More Noteworthy Choices: Dogfish Head’s recent berried releases include their survivalist-minded It’s The End of the Wort As We Know It (adding blueberries, acai and goji berries) along with their Flaming Lips collab Dragons & YumYums (featuring yumberries). Creature Comforts Brewing Co. re-released Athena Paradiso with raspberries and cranberries. Magic Hat Brewing Co. brought back Elder Betty, a wheat ale with elderberries plus Apollo hops, which will be available through August. And Pelican Brewing Co. announced Berried at Sea – Tsunami Stout, with currants and blackberries: its first release in a new line of fruit beers.

For rosé replacements, this new release from Almanac nails the core profile, with its sour elements adding on a bright lemony edge. Light oak tannins with mixed berries. A vibrant core effervescence. While there’s a bit of extra heft in the mouthfeel from the 7.2% ABV, this stays nimble, refreshing. ‘Punch’-wise, this seems primed for a larger-format package.

Cellador opened in southern California a few years ago, focused on fermenting in oak. This release of Vermillion is a blend of saisons aged on whole raspberries, and its complex berry profile pushes this beer into superlative turf. A fruit intensity like New Glarus’ best, but with nuanced, serious acidity and lambic-like tendencies courtesy of those well-aged saisons.

Crooked Stave’s fermentation characteristics, particularly the Brett aspects, tend to be a bit funky for me, and there’s definitely some sulfur and a hint of pencil rubber here. But those are tertiary notes in an otherwise engaging, complex tart-rosé take. Like the Almanac, there are welcome tannins adding to the wine feel.

The Upland sours I’ve tried recently tend to be generous in their fruit character and special additions, if a bit overly puckering. Here, a particularly immaculate show of raspberry builds beside vibrant tart lemons impatient to take over. Great ruby color.

Where Upland’s Raspberry was berry-centric without a doubt, Trio emphasizes its lambic-style base (a beer called Basis), while its combo of special ingredients seem like tart guava. The strawberry addition is well presented, the honey landing on the floral side.

I like this twist on Weyerbacher’s core Merry Monks more than I recall enjoying the original, though I’d be curious to try them side by side. The cranberry addition is quiet and integrated well, contributing a bit of lift, and the serious tripel components never get overshadowed.

Nicely rendered roast and milk chocolate, but it’s hard to get past the sharp sourness here.

A lot of nuanced berry character. As with Two Brothers, hard to dig in without puckering.

Heavy on the strawberry-jam side of the spectrum, with some lactic tartness around the edges. Lacking structure but generous with the berries.

True to its name and similar to Indeed on the jam. There’s a berry tartness here that lands as cranberry first, steering a sweet-tart cocktail that feels overly candied.

Not much berry. Not much tart. Not much IPA. More engaging than the super-tart options.

Along the lines of the Pyramid: not overly assertive; not particularly tart. Blueberry syrup and fruit cocktail. The ABV’s surprisingly tucked away.

From our All About Beer review archives.