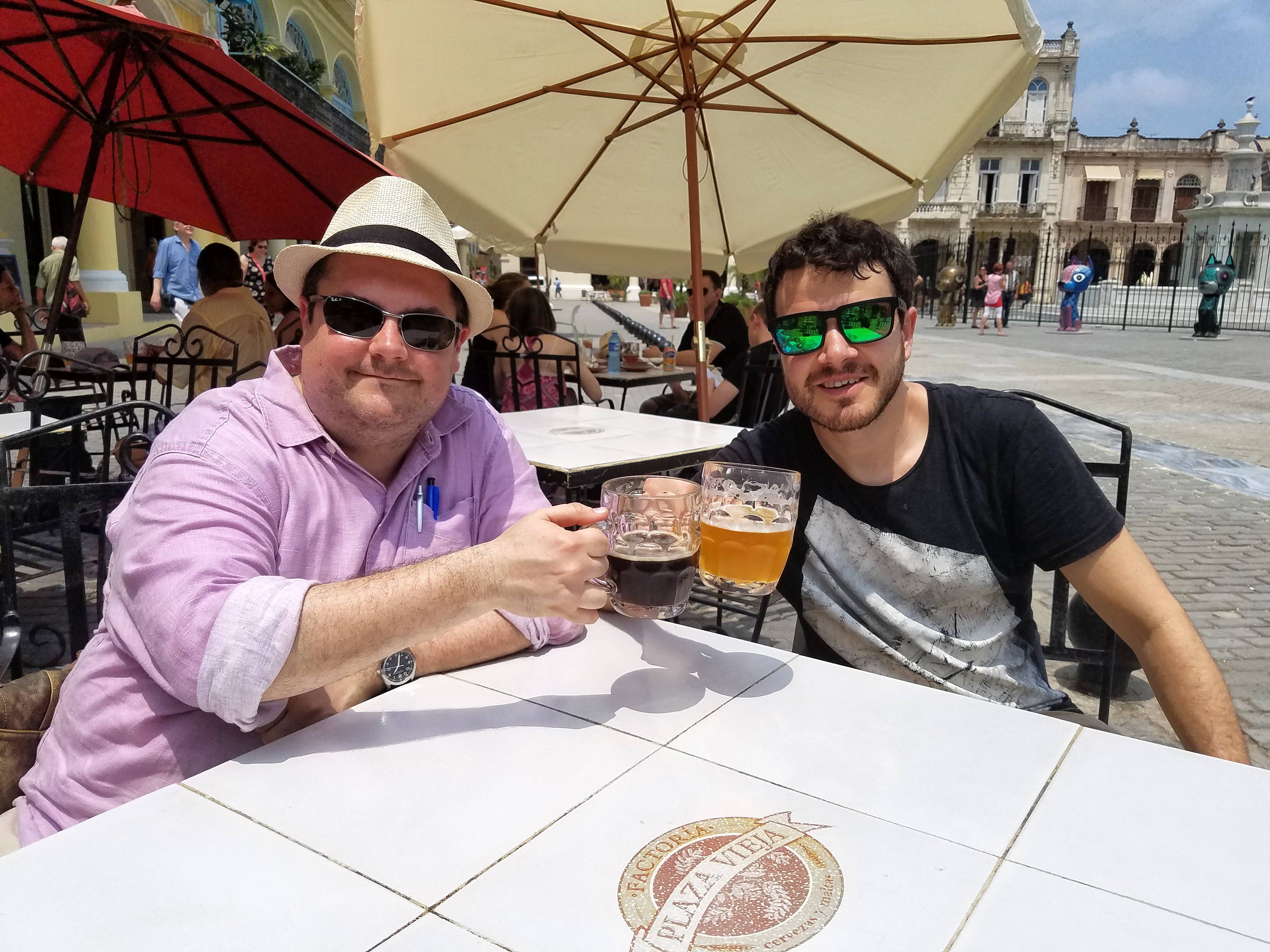 HAVANA—We came to Cuba for beer. The locals thought us odd for that. Most Americans come here for the cigars, cars, the rum, to glimpse behind the curtain of our neighbor that has been shut off for so many years. But we arrived looking for cerveza. We found it, but left with a greater sense of perspective on what is truly important.

Since President Barack Obama began his effort to normalize relationships with Cuba, I carried a strong desire to get this magazine on Cuban soil, and in early April it happened. Not long after landing, I was at Plaza Vieja, a brewery in a Spanish square, with Jeff Quinn, the magazine’s art director, and we were clinking mugs of helles together, toasting the next few days. However, I’d quickly learn that this was no ordinary beer trip.

From the cars, to the architecture, history, government, and more, the country was everything you’d expect. It’s beautiful and brutal. Quinn captured about 3,800 pictures during our four days in the country. See a selection of his images along with a detailed look into the country’s beer scene on Page 30.

We cruised around Cuba in a 1958 Ford Fairlane. Since I live in metro New York, I was amazed that we never hit a traffic jam. Over lunch one afternoon, the conversation turned to Obama’s recent visit and the rekindled diplomatic relations between Cuba and the United States. With the possibilities of an embargo being lifted with new business coming in, I asked our guides if they were worried about new cars on the road, more people, the threat of traffic on Havana’s roads.

“I worry if I’ll be able to put food on the table tomorrow,” one of our guides said in a plain tone. “I can’t worry about traffic two years from now.”

There it was. You hear jokes about First World problems and my perspective (thinking about these classic cars on the road and how the streets were crowded but certainly not jammed and oh!—the inconvenience residents would face) showed in an instant how little my perceived problems actually are. I muttered an apology, took a sip from my glass of Cristal lager, and we continued on.

A few days after returning, Devils Backbone Brewing Co. of Virginia sold to Anheuser-Busch InBev. Within minutes, readers on social media were howling, throwing insults, shaking their fist at sellouts and corporate greed. It was a similar scene when the brewing giant purchased Italy’s Birra del Borgo.

Beer is personal for many, and it certainly is for me. But shouldn’t we worry about more in life? Aren’t these complaints a First World problem? What if we, the consumers, took half the energy we put into debates about brewery ownership, beer definitions, trademarks and all the silly stuff that cause us to beat fists against the bar top with no results, and focused on something real?

In our May issue, I talked about enjoying the moment, and this is a continuation on that theme. Rather than criticism or temporary hand-wringing, why not focus on helping our neighbors, our community? Why worry about problems out of our control? Let’s make sure the people we know, that we interact with, are taken care of. Surely that’s a better use of time.

Raising a glass with one of the Cuban brewers we met, he offered this toast: “For when our worst moment is this one.” That’s a good perspective.