On a sunny August day, founders, employees and friends of Two Roads Brewing Co. harvested hops in the thriving hop yard behind the brewery in Stratford, Connecticut. Centennial and Cascade hops were stripped by hand from the bine for a wet-hopped ale that master brewer Phil Markowski brewed the following day. Relief from the heat and hard work was not far away, as the Hop Yard Shed Bar outpost sits just across the grassy lawn.

The following photos were taken by Jeff Quinn, All About Beer Magazine‘s art director. 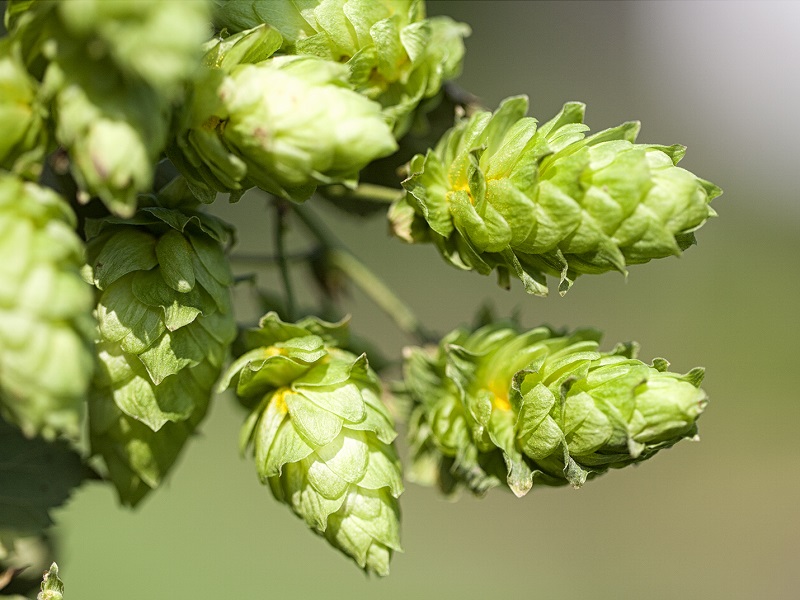 Cascade hops on the bine in the hop yard at Two Roads Brewing Co. in Stratford, Connecticut. 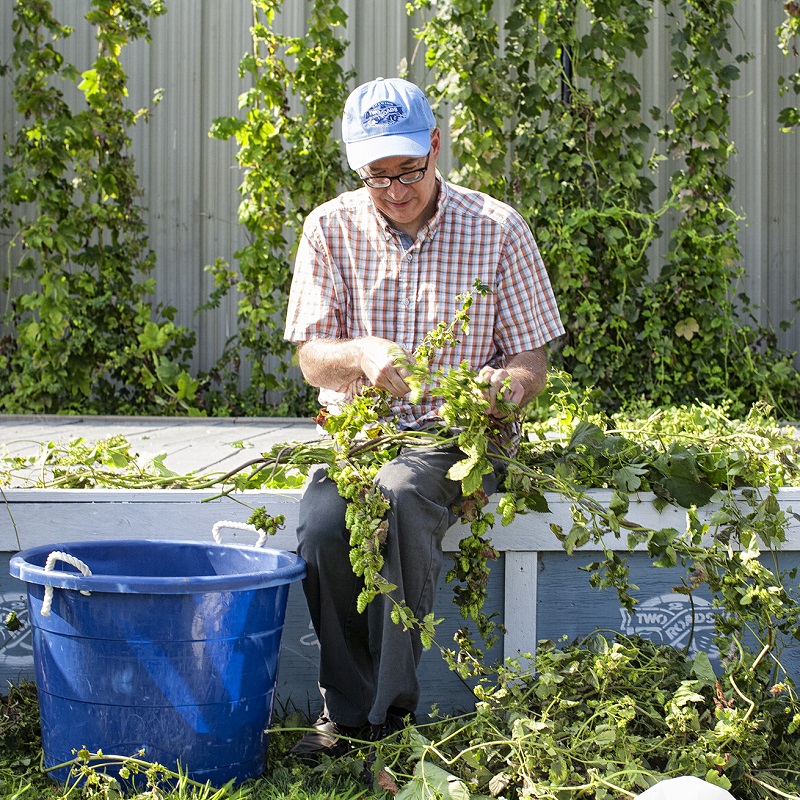 Phil Markowski, Two Roads’ master brewer, works the bines in preparation for a wet hopped ale. The Cascades and Centennial hops he’s picking will land in the fermenter within hours. 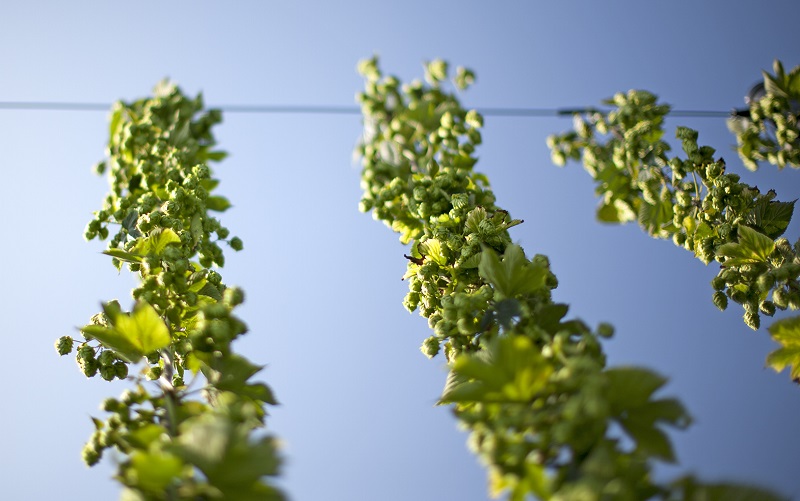 East Coast hops are ready early in the hop yard at Two Roads. 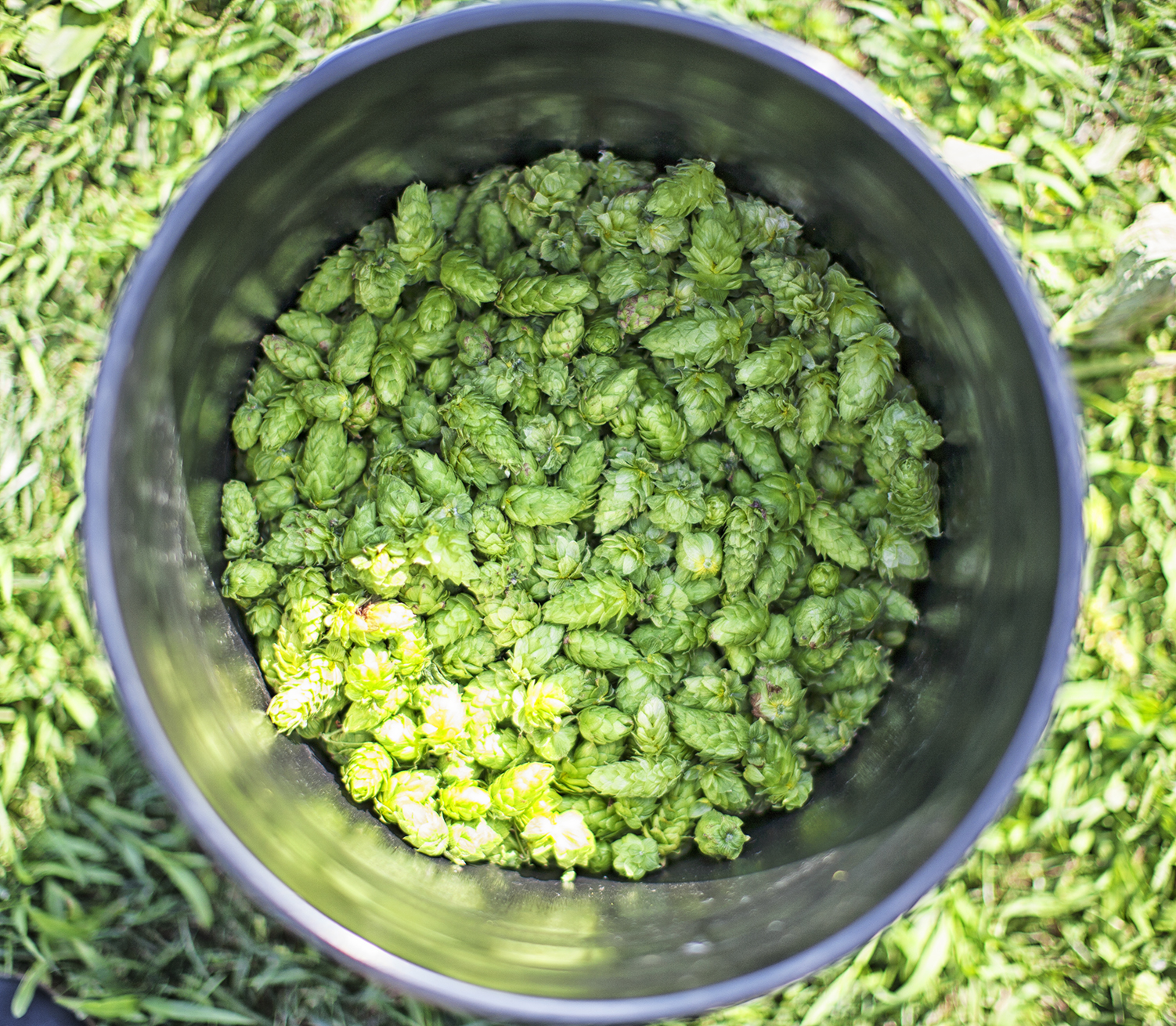 Cascade and Centennial hops ready for a wet-hopped ale. 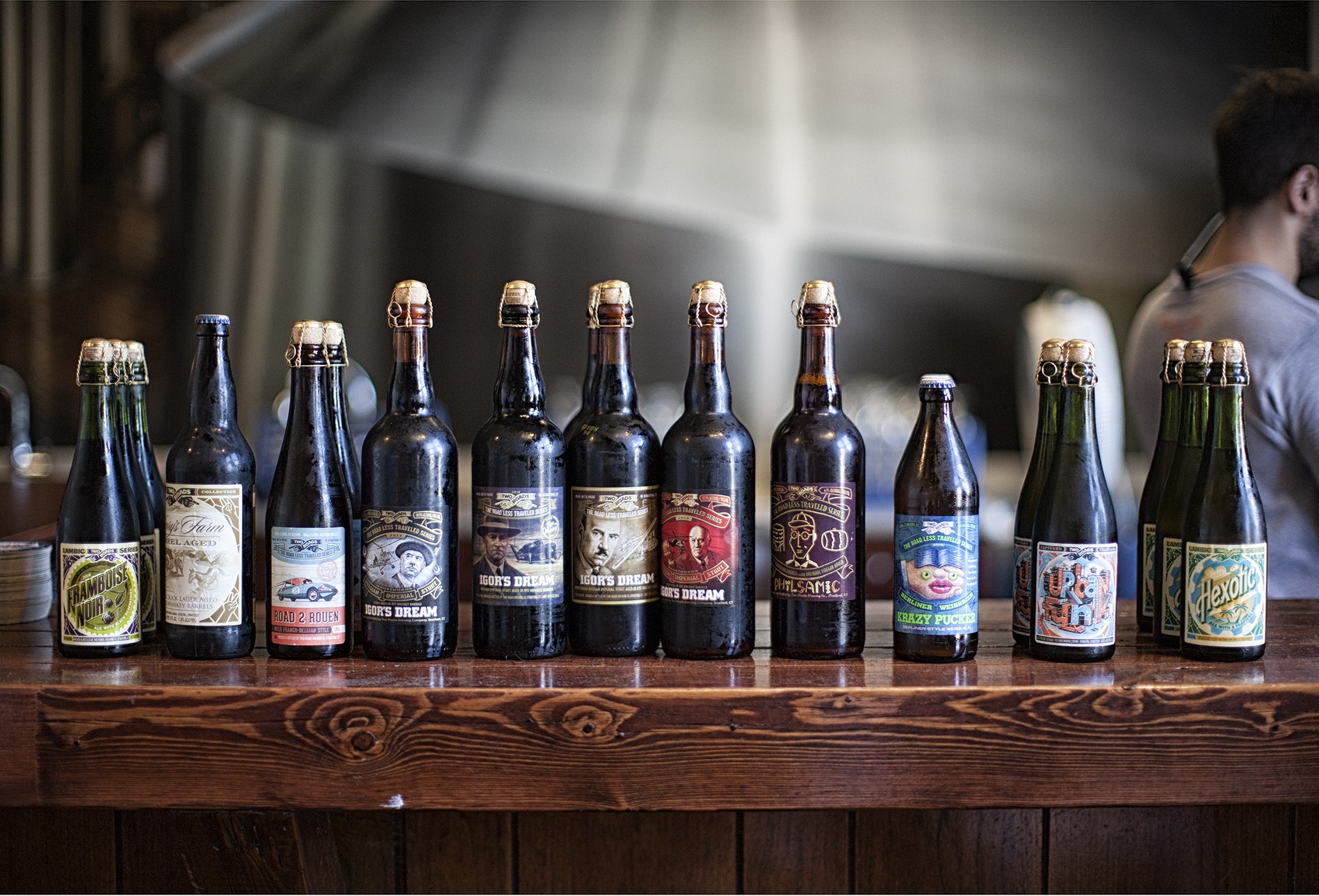 Raiding the vault at Two Roads. 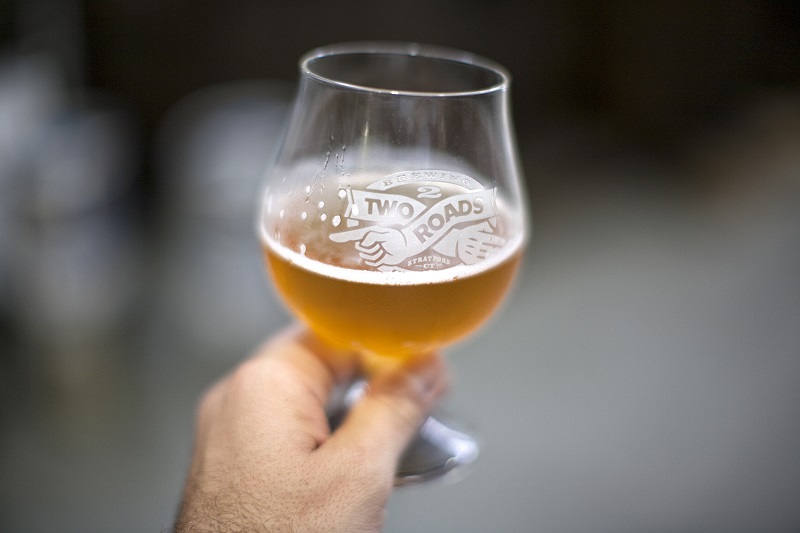 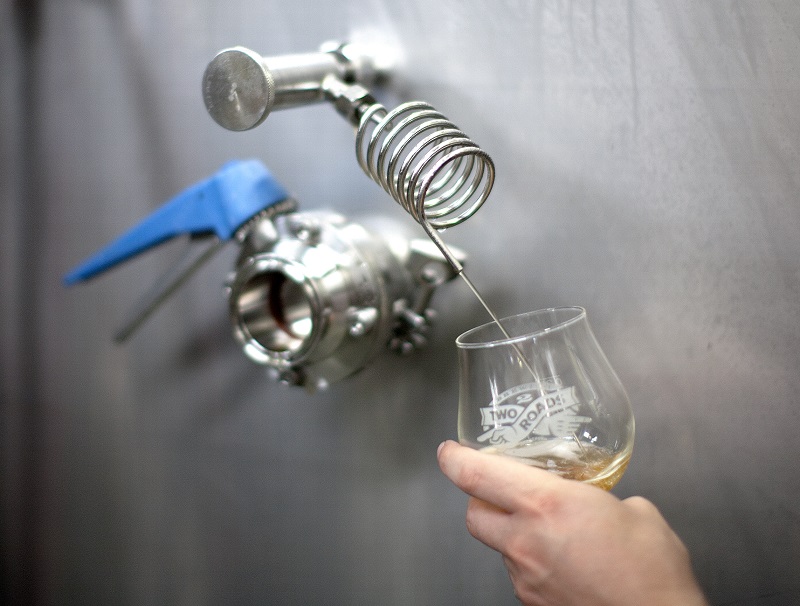 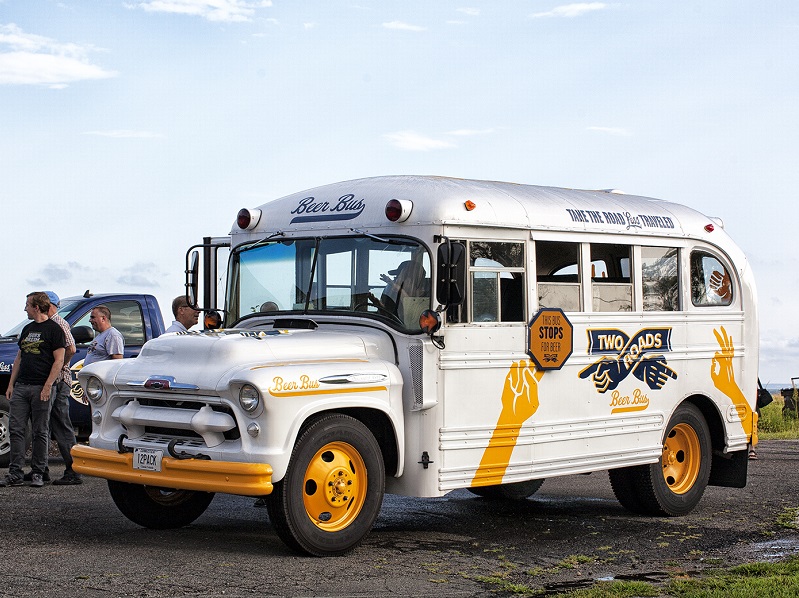 One of the best brewery vehicles out there, the 12 Pack bus will shuttle weekend visitors to and from the train station to Two Roads. 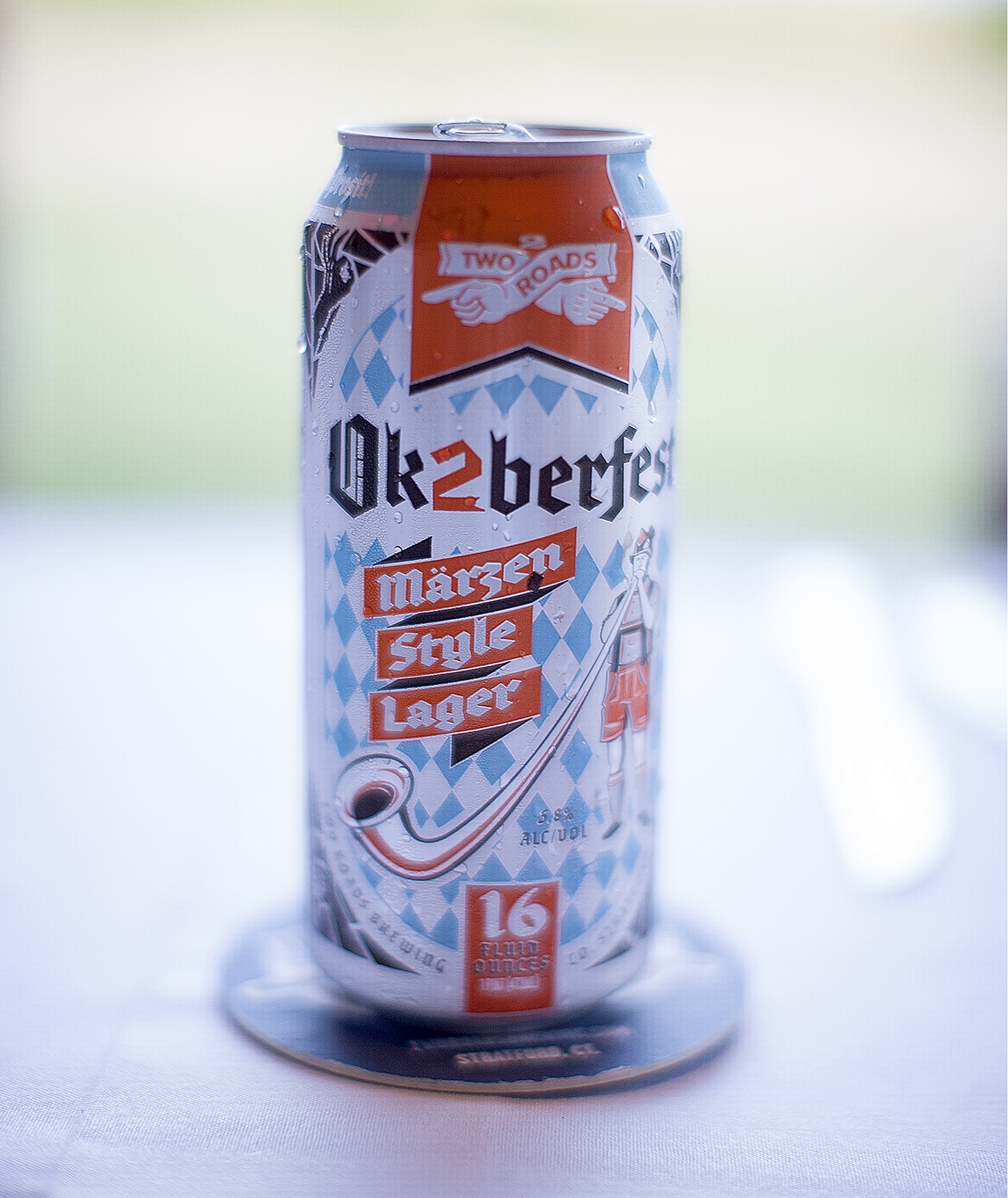 Brand new Ok2berfest cans from Two Roads are as nice on the outside as they are on the inside. A traditional decoction mash yields malty goodness.