The Last Quiet Year in Beer 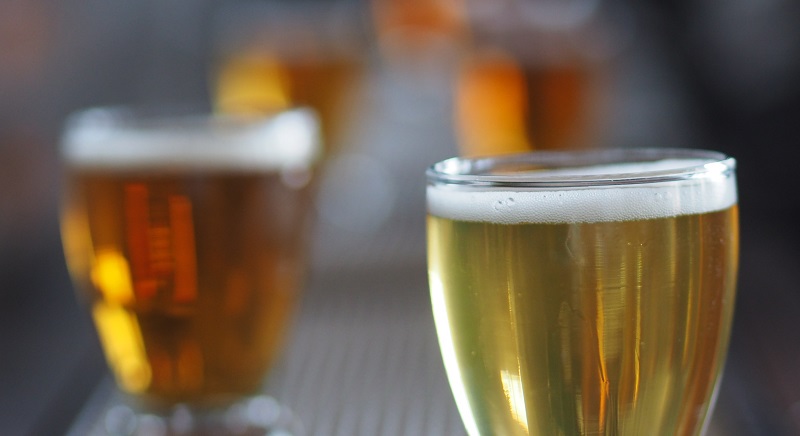 In 1993, Lagunitas was just starting up, and breweries as varied as Stone, Victory, Dogfish Head, and Smuttynose did not exist as commercial concerns.

In 1993, there was no Brewers Association, never mind a definition from that group defining a craft brewer or a craft beer.

In 1993, brewpubs and India pale ales were still curiosities, and homebrewing was still illegal in many states.

In 1993, there was no Blue Moon from Coors, and Miller’s Icehouse was considered novel.

In 1993, the World Wide Web was a year old. The guys who started Untappd were in the early grades of elementary school.

Yes, 1993 was eons divorced from today’s American brewing scene—and not randomly so. It was the last quiet year, before everything changed rapidly, dramatically, and what looks like unalterably.

Anheuser-Busch seemed destined for a final, Game of Thrones-like showdown with Miller for full control of the nation’s domestic beer production.

If consumers—or distributors—entertained microbrewing at all, it was invariably a Samuel Adams or a Pete’s Wicked.

Then, in 1994, everything started to change.

That year alone saw the development of Coors’ Blue Moon, big beer’s strongest answer to date to the rise of micro-breweries; and the start of those same large breweries buying sizable stakes and then complete control of micro-breweries, including Anheuser-Busch’s purchase of 25 percent of Redhook.

Numerous breweries across the country, including Lagunitas, Victory and Smuttynose, either started production or rolled out their first products.

The mid-1990s would see even more activity and more breweries—the number of brewpubs jumped above 1,000 in 1998 and the number of production breweries reached well above 400. Macro-breweries at the same time would continue to multiply their answers to this rising trend, and consumers and critics trickled, then poured onto the web to share their opinions on beer and breweries.

Microbreweries raised money through stock offerings, and brewpub chains proliferated. And the IPA? Newcomers such as Dogfish Head (1995) and Stone (1996) saw to its popularity.

Of course, change is rarely easy. And with these post-1993 changes came controversies and convulsions that seem very familiar today.

There were boos at the 1996 Craft Brewers Conference, when David Geary, then of D.L. Geary’s of Maine, defended Jim Koch of the Boston Beer Co. for contract brewing. There were accusations around the same time—from Koch in particular—of some breweries selling out for partnering with the likes of Anheuser-Busch.

And throughout the late 1990s, there was speculation about a bubble—too many entrants and too little demand, whatever the growth.

A shakeout did come at the turn of the century; and what came up through 1993 and just beyond came crashing down. The year 1999 would be the first in which more microbreweries closed than opened, according to The New York Times.

Of course, smaller-batch, more traditional brewing in the U.S. has risen steadily and noisily from that nadir—and American brewing in general has changed dramatically (witness the recent $106 billion Anheuser-Busch InBev-SABMiller deal). There are more players than ever before, more consumers, more media attention, more volume, more festivals, more sales, more everything!

A far cry from that last quiet year.

Tom Acitelli is the author of The Audacity of Hops: The History of America’s Craft Beer Revolution, now in its second edition, and the new Whiskey Business: How Small-Batch Distillers Are Transforming American Spirits.