The Riddle of Scarcity in New England 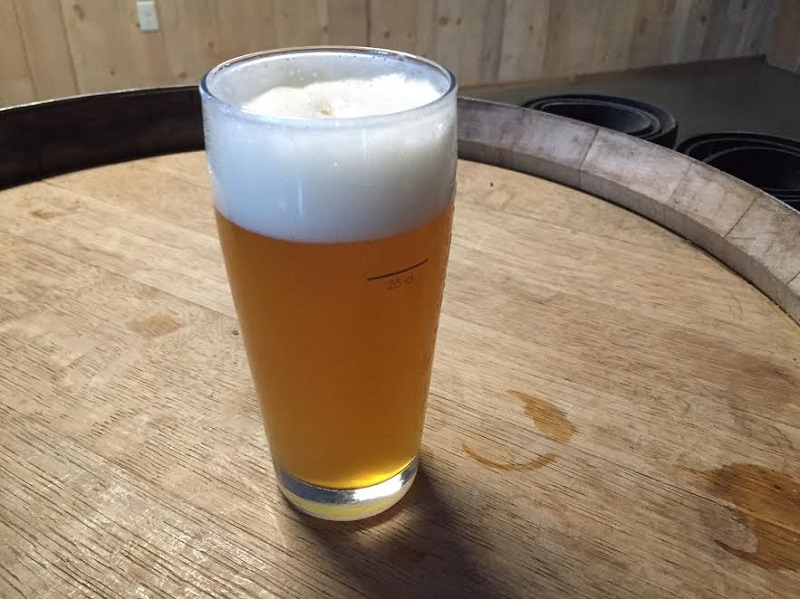 A pint of beer at Hill Farmstead Brewery in Greensboro Bend, Vermont. (Photo by Jeff Alworth)

My wife’s family is scattered across New England, from Wrentham, south of Boston, to Norway in Maine (just a few miles north of Poland Springs, for you mineral water fans). Every couple years, I get to visit for a week around Thanksgiving, and it has allowed me to keep my finger on the pulse of that wonderfully textured beery region. (After my last trip, I argued that Portland, Maine might rival my hometown of Portland, Oregon, for the country’s best beer city. Still think so.) 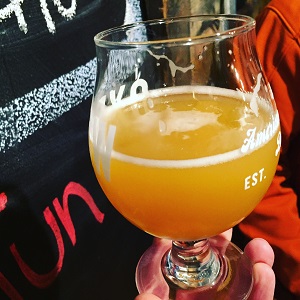 Since my last visit, a curious thing has happened. We have seen the emergence of a substyle of beer known, at least outside of the region, as “New England IPAs.” Charter members include Heady Topper, the beers of Bissell Brothers, Maine Beer Co., Tree House Brewing Co. and Trillium Brewing Co. There is a huge debate about whether such a substyle even exists, and you’ll be happy to know I’m not planning on sending us down that rabbit hole. No, what I’d like to surface is a question that came to me as I tried to track down these beers when I was there last week: why are they so damned hard to find?

My first stop was Hill Farmstead Brewery, one of the most famously difficult beers to source in the United States. You basically have to go to Vermont, though two other bars in Massachusetts do carry it on draft. Success! But then I headed to Portland, Maine, and hit a couple bottle shops. Maine Beer Co.? “We don’t have Lunch or Dinner, obviously,” the guy at Craft Beer Cellar said with a sigh. Well, it wasn’t obvious to me. They did have plenty of Maine Beer’s other products—just not the ones that are wildly popular. I did find The Substance and Lux by Bissell Brothers pouring in one pub, but you have to go to the brewery to get cans of the stuff. Trillium has some distribution in Boston, but Tree House you can only get at the brewery—with a warning similar to Hill Farmstead’s: “Our beers move very quickly out of the retail shop.  If there is something in particular you are seeking out, we strongly suggest that you arrive early to ensure a spot in the queue.”

Here in the other Portland, we have popular beers. A few years ago, Boneyard Beer’s RPM set the state on fire, and although it took the brewery a little time to scale up, pretty soon they were happy to ship kegs to any bar that wanted them. More recently Breakside Brewery has had the “it” IPAs, and the brewery is more than happy to make sure thirsty Portlanders get a taste. And the thing is, good beer is everywhere in New England. It’s not like you can’t find an IPA. You can find farmhouse saisons, stouts, Brett IPAs—whatever you want. But, if you’re looking for the beers that have set the beer geeks on fire, you have to go through more hassle than getting a reservation at Noma.

None of this made sense, since I have been led to believe that markets work when supply and demand come into equilibrium. Since I play a beer economist on the internet, I worked up what seemed like a plausible theory to me. There are actually two markets operating in New England: one that caters to general fans of craft beers, and one that caters to these specialty IPAs. And, despite the fact that BeerAdvocate and Untappd are burning for the latter group, it wasn’t actually a big enough market for the breweries to bother making in large quantities. And then it occurred to me: “Hey, I actually know an economist.” He even co-hosts a podcast with me. (A podcast you should be listening to, I should add self-promotionally.) So to settle this matter, I put it to Oregon State University economist Patrick Emerson. What’s going on here? Why can’t I buy the supposed best beers in the world for love or money? He replied:

Well, there is a theory in economics called status goods (or Veblen goods), but that theory says that demand is a positive function of price. I suspect that part of what is going on is that breweries are not charging ridiculous prices for these beers. So I suppose you could make an argument that rather than price it is scarcity (which could be thought of as a price: the cost of finding is high). Being able to say you have had these beers, or to be able to serve them to friends allows you to achieve this status. Of course, that status is among a small population of geeks.

Which is essentially how I look at it. The scarcity is part of the status and that fuels demand among the geeks, reinforcing the scarcity. This serves breweries well because it enhances their brand more than any sophisticated marketing campaign and so might not make good business sense to brew 100,000 barrels of the IPA (lower the scarcity) or to charge $30 a six pack (which would be seen as gouging – bad PR).

One of the things that shocked me the most when I finally did find Hill Farmstead at the end of a snowy road and a 3-hour drive was that 750-mL bottles of barrel-aged wild saisons sold for $10. This is a small fraction of what they’re worth on the open market in, say, Ohio or Oregon, but I had the same kind of positive response to that price I’m betting everyone else does: wow! That’s pretty potent brand-building.

So what Patrick argues actually makes more sense than my theory. (Big surprise.) Small breweries have an incredibly important asset when they brew a beer that is so passionately loved (even if by a few). They have to decide how to spend that resource: 1) maximize its value by raising prices; 2) leveraging the brewery to produce it in volumes to meet demand; or 3) selling it at a reasonable price, but rationing supply to grateful consumers. There are downsides to all three, but for breweries thinking of the long term, only the third option makes sense. A brewery grows more slowly in this model, but builds the kind of customer loyalty that is nearly impossible to engineer artificially.