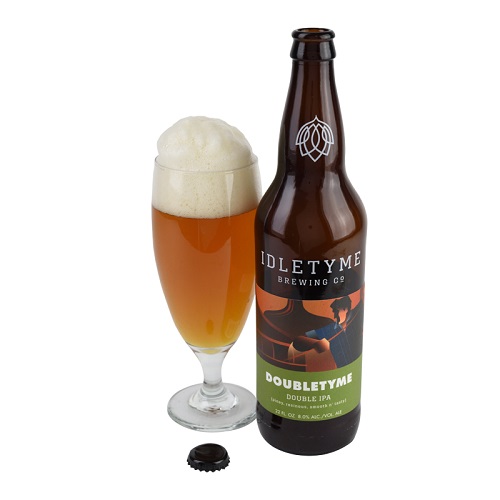 Slightly hazy (it is from Vermont, after all), with a sturdy white head that slowly dissipates as it rests in the glass, this eminently drinkable double IPA greets your nose with hits of fresh-mown grass, juniper and lemons. First sip reveals a lot of the same with an interesting counterpoint of dried herbs and just a hint of malt for balance. A dry finish begs you to take another sip again and again. This is a comfortable beer that could become a good friend.

Lisa Morrison has been writing about beer for nearly 20 years. She also owns Belmont Station, a well-known bottle shop and taproom in Portland, Oregon.

This one is hazy deep gold, and the foam holds firm. The aroma is unusual, less like hops than like grapefruit and kumquats with an odd branch of something volatile … eucalyptus? The bitterness is high but broad and murky, and the malts remain sweet, even a little cloying. I can’t say that this falls into place for me, but I’d be curious to see it take on a farmhouse cheddar.

Garrett Oliver is the brewmaster of The Brooklyn Brewery, the editor-in-chief of The Oxford Companion to Beer, the author of The Brewmaster's Table and the veteran host of more than 900 beer dinners in 15 countries.
Follow @allaboutbeer