Pull Up A Stool with Kristie Nystedt of Raleigh Brewing Co. 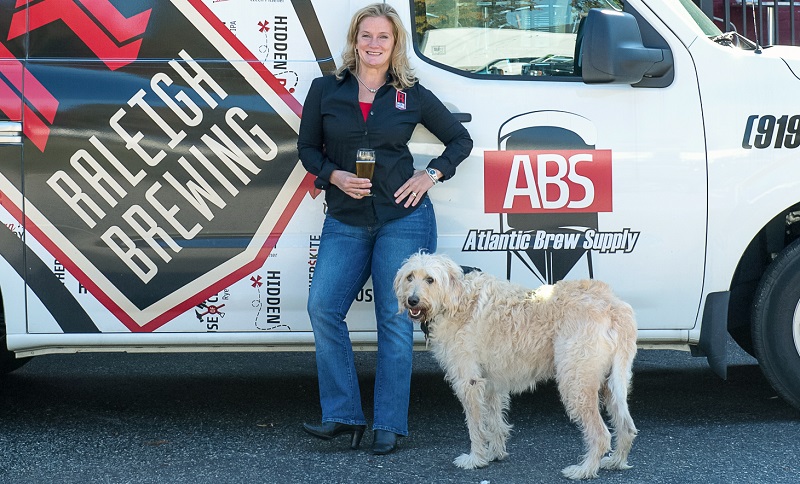 Raleigh Brewing Co. held a huge anniversary party earlier this month, drawing thousands to the building that’s been home to the brewery for the past four years. But that building’s held more than a brewery during that time. It is also home to Atlantic Brew Supply, a shop containing rows upon rows of homebrewing ingredients and equipment.

With just a door separating this space from the taproom, Raleigh Brewing Co. enjoys a close relationship with area homebrewers—but they also work with professional brewers through ABS Commercial, which has offices at this location as well as 10,000-square-feet of warehouse space off Atlantic Avenue. It’s not uncommon to find brewers from all over the country roaming these two spaces, scoping out equipment for their own brewery builds or expansions.

It’s also not uncommon to find Kristie Nystedt, president and CEO of Raleigh Brewing Co. While most brewery owners wear many hats, Nystedt has pulled off a hat trick while running three businesses over the past four years.

With the brewery’s anniversary celebration in the books, we caught up with Nystedt to discuss how these three “synergistic” businesses have grown and where they are going in the future. 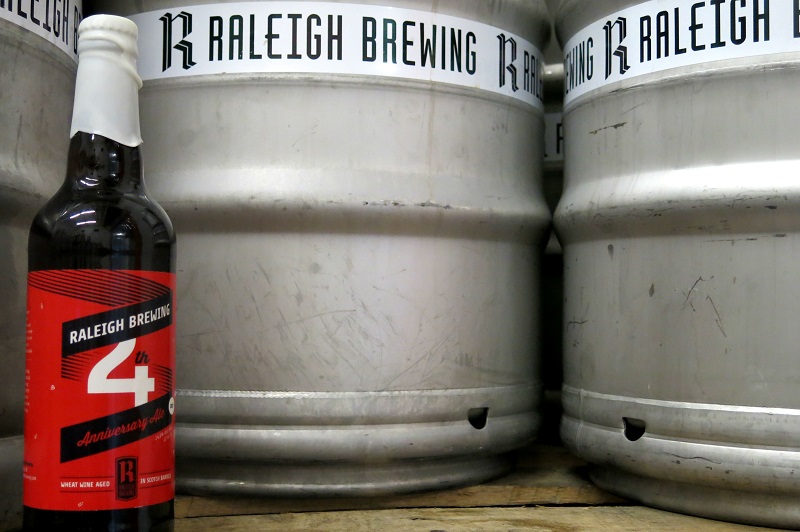 All About Beer: Congratulations on four years. How was the party?

Kristie Nystedt: We had well over probably 3,000 people here throughout the day. It’s something that we really take a lot of time and energy into making sure the event runs as smoothly as possible, and that people feel like they’re in a celebration. Every next year is a celebration, and they can see the growth.

I saw you guys had a lot of new barrel-aged beers on tap as well.

We have a series of barrel-aged beers that we release. It’s an organized plan. We’re not trying to just go all out and barrel age a bunch of different beers. We have our Miller’s Toll, we age that every year. Then we have our Raleighwood series, and that’s aged in different barrels every year. And we have our Grapes and Grain, which is our beer that is aged in wine barrels. Really three large series and then our fourth anniversary beer as well. 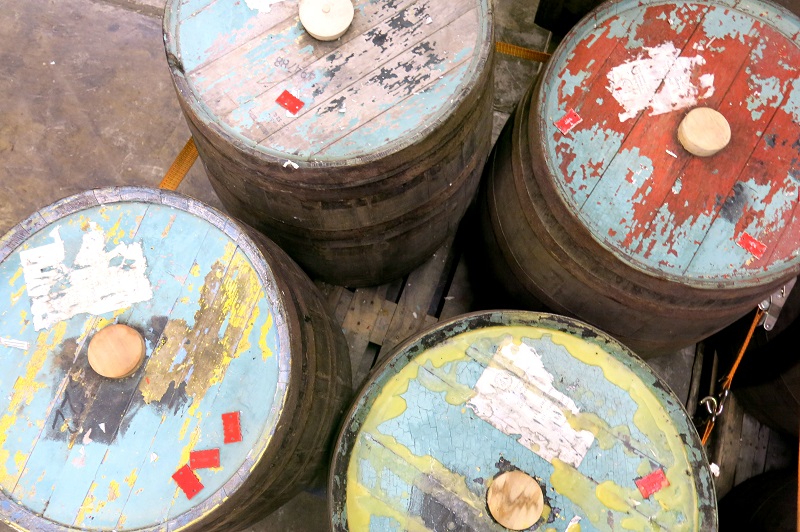 In addition to the barrel-aging program, you’ve also added a lot of different seasonals. How has your lineup changed in four years?

Probably the largest change has been adding a session series. They stay around 4 percent ABV and change every season. We have The Acorn, that’s our spring session IPA. We have The Pinky, which is our hibiscus wit and more of a summer session beer. We’ve always had the City of Blokes, but that’s our fall session beer. And in the winter it’s our session lager, The Royal.

Were you hearing a demand for these lower-alcohol beers?

People want to enjoy the craft and not feel the impact from the alcohol. Being able to enjoy them more throughout the day, there’s definitely more of a demand for that. 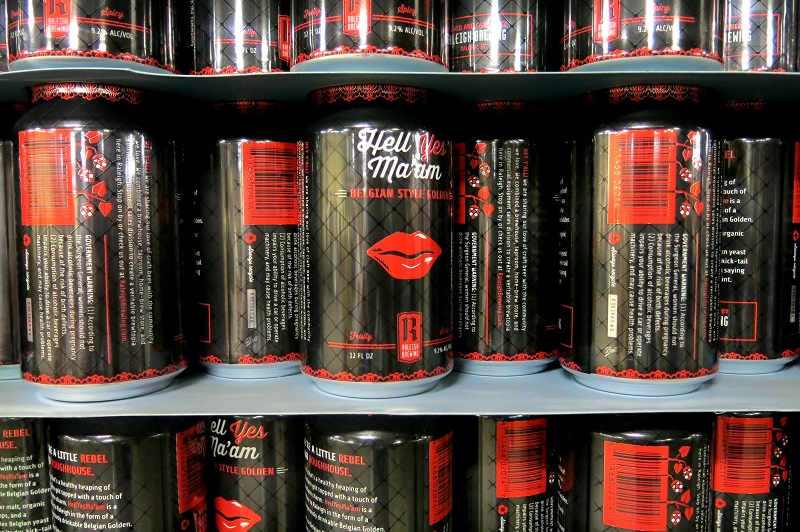 It’s worth noting though that your flagship is a canned Belgian-style Tripel, which isn’t typical. Did you think that would be the one that would take off four years ago?

We didn’t think that would be our strongest selling beer. Of course there are so many strong and well received IPAs. I think when there was a different style of beer, that was pleasing to a lot of people. It was surprising, but we’re happy to see it.

How has your homebrew shop next door influenced what you do on this side?

We open at noon every day and that’s to make sure that the homebrewing community can come in and enjoy a beer while they’re shopping as well. We also do a community outreach. The companies work hand in hand with each other often. On the fourth Saturday of every month we do what’s called a Big Brew, where brewers come with their own vessels but we supply the hot water, the cold water, and we put a recipe on sale. Once a quarter our brewers will brew with a homebrewer that shops with us at Atlantic Brew Supply. The brewer decides on a charity as well as a style of beer, and then our brewers make it on our three-barrel system. Then we have a charity event where we give back to the charity of that homebrewer’s choice.

And you also sell a lot of equipment for commercial breweries as well.

That’s ABS Commercial. We work with breweries across the nation on their equipment, and resell equipment to breweries that are just starting up or to existing breweries. We sold several large tanks to Trillium. We have several breweries that we’re working with all the time. Alex Smith, our old head brewer, took a position with ABS Commercial and has opened up a sales office in Denver, Colorado. We have quite a few customers on the West Coast, so this helps us service those customers better.

Does your experience on the brewery side help out a lot there?

Kristie Nystedt: At A Glance

Years in Brewing Industry: Four plus

Favorite place to have a beer: On the beach

Wishes she could buy a round for: My family in Sweden

Biggest passion besides brewing: Cycling, tennis and having fun

Keeping her up at night: Craft Freedom … gotta raise the cap!