To Catch a Contract Brewer: Microbrewing’s ‘Gotcha’ Moment 20 Years Ago

On Sunday evening, Oct. 13, 1996, the sonorously calm voice of Stone Phillips, a host of NBC’s Dateline, eased into around eight million American households: “When it comes to beer, you’ve never had more choices on tap.”

The words were all too true, given the decade’s growth in the number of American breweries, brewpubs and brands of beer. But Phillips had not come to praise the growth. Instead, the segment he was introducing ended up helping to bury it.

In a voiceover—amid shots of colorful beer taps and glasses, and of tipplers assessing some rather unconventional brews—Phillips set up the question that Dateline was about to answer: “But do you know where some of those exotic and expensive specialty beers are really being made?”

He then introduced the evening’s other two segments—on O.J. Simpson’s civil trial and the crash of TWA Flight 800—before returning to beer. Phillips explained to viewers that the segment set to air, entitled “Brew-Haha,” would focus on “the specialty brews … making the biggest splash these days” in the nation’s $50 billion beer market.

“But how much hype is mixed in with the hops and the barley?” Phillips, now on-screen, asked. “How much do you really know about your favorite beer? Just how and where it’s actually made? Here’s Chris Hansen.” 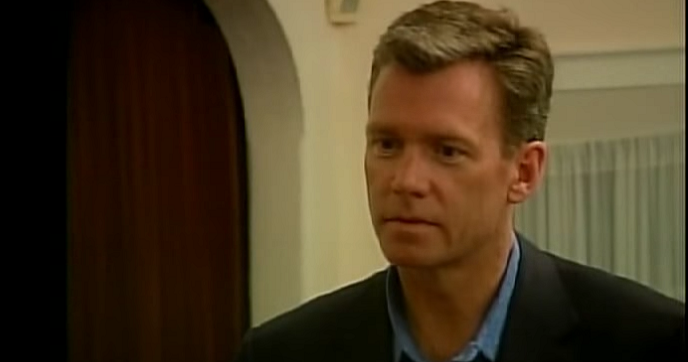 Cue Hansen, who would later attain a kind of TV immortality as the host of the Dateline spinoff To Catch a Predator. For now, he was just the earnest reporter trying to get to the bottom of the origins of what, Hansen explained, were called “craft brews, or microbrews, because, we’re told, the beer is carefully crafted one small batch at a time.”

If a viewer had not yet picked up on the incredulous tone of the segment, the next few minutes laid its angle bare. Plus, the four-year-old Dateline by that point had become a pioneer in a new kind of primetime news show: a sort of no-holds-barred, gotcha style of journalism meant to disrupt an arena where the more staid 60 Minutes on rival CBS reigned.

Uncritical was not in Dateline’s wheelhouse, and it soon set up “craft brews” for a takedown people in the industry still remember two decades later.

The show’s mark for the evening, if you will, was Jim Koch, co-founder and chairman of the Boston Beer Co., brewers of Samuel Adams and by 1996 the biggest microbrewing operation in the U.S. Hansen and his crew visited Boston Beer’s “small, traditional brewery in Boston” and discovered a rustic brick building and classic copper kettles. To most viewers, it probably looked exceedingly quaint, just the sort of place that would produce a rich, malty lager.

“But there’s one small problem with this picture,” Hansen explained. “At least 95 percent of all Sam Adams beer isn’t brewed here—or anywhere even near Boston, for that matter.”

Cut to much less bucolic-looking breweries in Lehigh Valley, Pennsylvania, and Rochester, New York, where, indeed nearly all of Boston Beer’s releases were then produced (the company has long since brought all production in-house).

Then cut to Hansen interviewing an apparently aggrieved executive from Anheuser-Busch, the world’s biggest brewery. “This comes down to honesty and truth in labeling,” the exec told Hansen. “You know, I’m not going to stand here and tell you that we don’t want to sell beer. All we’re saying is, ‘Hey, guys, let’s agree on some basic rules of honesty, let’s be truthful on our labels.’”

Anheuser-Busch might have been saying a little bit more than that. The company, and other larger brewers, had been nervously watching the rapid sales and production ascents of their smaller brethren. AB, et al, had even released beers that consciously aped those of their tinier competitors in appearance and taste (somewhat). They had squeezed distribution channels to try to cut off microbreweries’ routes to bars and stores.

And, now, the biggest of the big was in millions of American living rooms laying down a strong argument against the little guys. Anheuser-Busch may also have been leveraging its advertising ties to NBC. The brewery was one of the network’s biggest, having bought 175 commercials during the recent Summer Olympics in Atlanta, for instance. Moreover, AB and a subsidiary of NBC parent General Electric both owned stakes in Redhook, a microbrewery.

Jim Koch knew this. He watched the segment from his home in the Boston suburb of Newton, right after watching the Yankees beat the Orioles 6-4 to secure their first World Series spot since 1981. Koch saw himself mount a defense to Hansen’s accusations, their taped interview now airing—“If Julia Child comes to your house, brings her own ingredients and her own recipe, and makes dinner for you, who made dinner, you or Julia Child?”

The argument did not land, especially after Hansen brought on other smaller-scale brewers to criticize Koch for contracting out his production. The Dateline segment laid bare this long-simmering industry controversy for a nationwide, primetime audience. It was the greatest amount of publicity microbrewing had received to that point—and it was terrible.

Though the segment sought to pummel only Boston Beer and other companies that contract-brewed, it ended up painting the entire sector of the brewing industry with a broad brush of duplicity and deception. Was the whole thing just a faddish ruse to bilk consumers? Or was there really something to smaller batches of American beer made with more traditional ingredients and methods?

It would be years before anyone had the answer. The Dateline segment helped precipitate a years-long slide in the number and the reach of these smaller-scale operations. Only in the new century would steady growth return, and the doubts sown that October evening be put to rest.

Tom Acitelli is the author of The Audacity of Hops: The History of America’s Craft Beer Revolution. His most recent book is a history of American fine wine called American Wine: A Coming-of-Age Story. Reach him on Twitter @tomacitelli.