John McDonald started homebrewing when he was 12 years old. He and a friend would conjure what they could from the sparse recipes and even sparser ingredients they scrounged in their small north-central Kansas universe. A particularly bad batch sold to local teenagers had them laying low for a few days for their own safety.

McDonald turned to less illicit pursuits in college, studying art at the University of Kansas before moving to Kansas City, MO, to work as a carpenter. The beer bug never left him, however. After he and his wife won a raffle for a free trip to Europe, including Belgium and what was then West Germany, McDonald hatched the idea for what became the Boulevard Brewing Co. 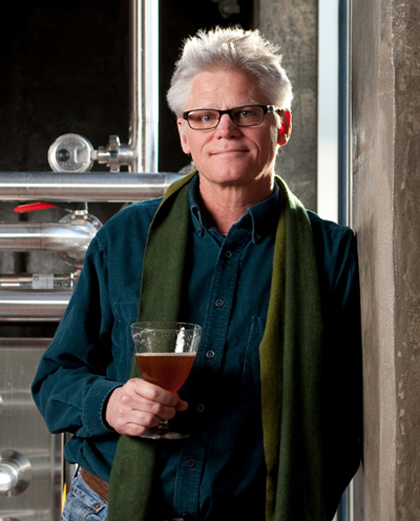 In November 1989, 25 years ago next month, McDonald would deliver in his own pickup truck the first kegs of Boulevard’s signature pale ale, driving from the brewery’s Kansas City location on Southwest Boulevard (get it?) to a restaurant a few blocks away. Boulevard’s 1989 start marked the first new brewery in the Kansas City metro area since a Schlitz plant closed in 1973.

Of course, Anheuser-Busch dominated Missouri as a whole beer-wise. Its iconic St. Louis headquarters stretched to 119 acres at the time and had been in operation, on and off, since 1852. McDonald turned this dominance to his smaller operation’s marketing advantage: Boulevard wryly billed itself as “Missouri’s second-largest brewery.”

Boulevard did not stay so small. It expanded significantly in 1999, and, by the start of this decade, it was one of the 20 biggest U.S. breweries by sales volume. Such success made Boulevard a ripe target, and in October 2013, news broke that Belgian brewery Duvel Moortgat was acquiring McDonald’s concern for an undisclosed sum. Not bad for an ex-adolescent amateur.

Tom Acitelli is the author of  The Audacity of Hops: The History of America’s Craft Beer Revolution. Reach him on Twitter @tomacitelli.