There Are Reasons for Concern, but the Sky Isn’t Falling 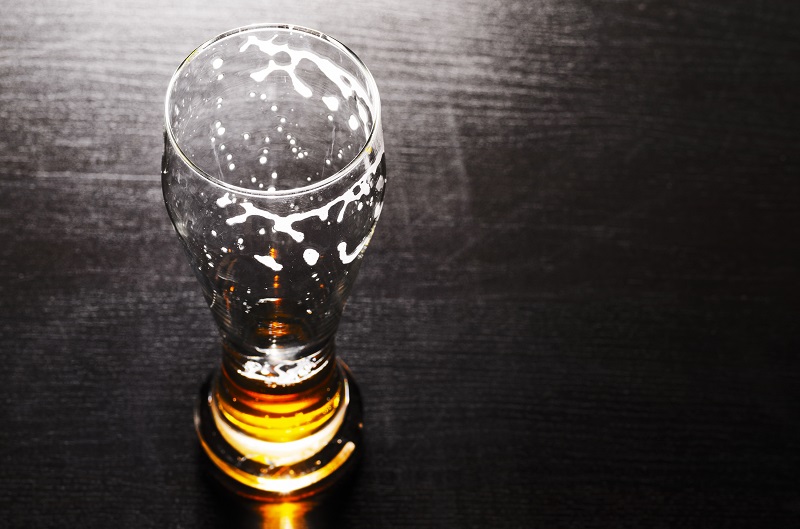 Smuttynose sold at auction. Saratoga Brewing closed. Sales at Boston Beer and Sierra Nevada are down. The sky is falling!

Millennials aren’t drinking as much beer. Generation Z is drinking even less. They’re both drinking more spirits, and wine, but they’re drinking less overall. The Big Growth is over and will never return. Beer is threatened!

Everything is an IPA. IPAs are crowding out other beer styles. Kettle sours are dragging down the sophistication of sour beer. Hazy IPAs have no shelf life and drive people away from packaged beer. Beer stores may not survive!
Beer prices keep going up. “Craft” brewers keep selling out, or merging, or taking on private equity. The taproom model is killing larger brewers. Limited can releases are eating up disposable beer income. Aluminum tariffs will make canned beer even more expensive. Lower federal beer taxes are bad optics in the current political climate. The sky is falling!

Breathe, brothers and sisters. Grab a can, fill a glass, take a seat at the bar … and breathe, while Old Mister Lew tells a story.

Way back in 1996, beer was, wow, crazy. Growth had been around 40 percent! It was slowing down, but you know, can’t stay that hot forever. Still, bunches of new breweries were opening, almost a thousand, and established brewers were buying bigger kettles and tanks. New beers, new ideas, crazy names and labels. You could find a wide variety of beers, in more places all the time. Beer was fun, cool, and not just in a frat boy, pyramid-of-empties way. It was great.

But there were problems. Success attracted greed, and money gushed into the niche without much thought. The speed of expansion meant breweries were poorly planned, brewers were poorly trained, and quality control corners were cut, especially in packaging. All those new beers overwhelmed a system that was used to six to ten suppliers that might add a new bottle size every other year.

The result: old and/or bad beer on shelves and taps, poor practices in the marketplace. Eventually this led to breweries closing and sales of “microbrew” flatlining. Now, that’s not easy to substantiate, because our definitions of what was in the niche and not in the niche had started to change. We had more and more conversations and arguments and even legal battles about who was and who wasn’t a microbrewer, a craft brewer.

Stop me when all this sounds strangely familiar. I mean, we have much more wholesaler consolidation now, the average price of a pint or six-pack has gone up (like everything else), the big brewers have finally woken up (it took the decline of light beer to do it), and everything’s moving much, much faster—but it looks a lot like 1996 around here.

What does that mean? I’m not completely sure; if I were, I’d be selling this for a lot more money. But at a guess? The year 2018 looks like just another bump in the road, but not an end to beer as we know it. No, this is at most a correction, as is almost every aspect of disaster I checked above.

The main core of it all, the small brewery phenomenon, is not going away. There are half again as many breweries in America than at the previous height 130-odd years ago, and the population is six times as large. Hell, there were only 38 states back then! It even looks like it did back then; a lot of small breweries, largely serving their local areas, with some larger exceptions, and some even larger that ship across the country, even the globe.

Barring another crazy experiment with Prohibition, that’s not collapsing completely anytime soon. Too many of us have tried it and liked it. It reminds me of the cigar boom in the early ‘90s that peaked, “collapsed,” and resulted in a steady market almost three times the size of where it was in the 1980s.

The IPA fascination? Sure, but no one’s putting “IPA” on the blond ales led by the success of Firestone Walker’s 805, and no one’s suggesting that the surge of interest in pilsners would be increased if we called them “intense pilsner ales.” It’s here now, it will likely stay, but it’s not everything.

Relax. The sky is not falling. Breweries will close. Some iconic breweries may close. More will merge or be sold. It happens. It happens in other industries: distilleries change hands often, and they just keep making whiskey, and we keep drinking it.

So if the millennials drink stuff other than beer? Why not join them? I just started drinking aquavit, and it’s awesome stuff. A bit of competition won’t hurt. Might even make beer better overall, and that’s what this is all about.

Lew Bryson has been writing about beer for more than 25 years and is the author of Tasting Whiskey. On Twitter @LewBryson.