While the transformation of beer in the last three decades to a craft product that is respectable in the finest restaurants is impressive, the shift taking place around Tequila is nothing short of amazing.

Tequila has left the frat house and taken a place among top-shelf liquors.

It has been a long and strange path to respectability. Mexico has a distilling heritage that predates bourbon by about 250 years. In fact, distilling in Mexico can be traced back almost as far as scotch. But tequila had a mixed reputation, and the lore of the worm—a marketing ploy among some mescal makers—took the category to low respectability. 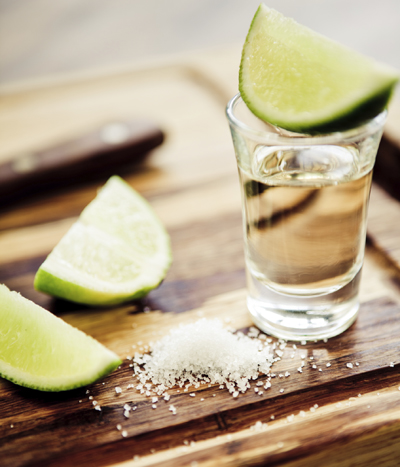 Tradition and heritage are just one measure of tequila’s place in the hierarchy of drinks.

Spanish conquistadors arrived in Mexico in the early 1500s and found the Aztecs gathering agave to make pulque, a fermented beverage used for ceremonies and made from juice taken from the maguey agave shoots. Pulque—also called octli—had been a part of the native culture for more than 1,000 years. Before long the Spaniards starting distilling pulque, and the early forms of tequila emerged.

Tradition and heritage are just one measure of tequila’s place in the hierarchy of drinks. Like cognac and Champagne, tequila also has strict geographic boundaries. To qualify as tequila, it must be made in the state of Jalisco around the town of Tequila, northwest of Guadalajara. Like brandy is to cognac, there are other drinks made in different areas of Mexico or from different types of agave—mescal, sotol and bacanora. But tequila is unique and desirable.

Now tequila is something more than a punch line. When you mention the spirit to most people, they automatically reach for the blender, or perhaps they have a distant memory of a night with one too many shooters. But the reality is that tequila’s reputation is changing.

“I think people have changed the way they enjoy Tequila. More consumers sip and enjoy 100 percent agave tequila brands,” says Jacques Bezuidenhout, bartender ambassador for Partida tequila. “I like to enjoy it in many ways. In a quality fresh cocktail, with a beer or food. Many times just neat. Depends on the mood, but most of all you should always have fun while having tequila.”

New tequila brands continue to pop up and, even during the economic downturn of the last few years, many of these are aged. Reposado tequilas are “rested” for two to 11 months. These tequilas spend time in American or French oak barrels, which often previously held bourbon, cognac, wine or other beverages.

Añejo means the tequila has been aged between a year and three years in oak barrels that are under 600 liters. In 2006, the designation extra añejo was added for tequilas left to rest for more than three years.

Some producers are branching out to offer several different añejos. For instance, the Don Julio brand, which already had an añejo, introduced Don Julio Añejo Clara to celebrate the 70th anniversary of the first tequila made by Don Julio González. The tequila is aged for 18 months, but looks like the typical blanco or silver tequila. Don Julio also also produces 1942 and Real in the añejo collection.

If you are planning to go beyond beer this weekend, tequila offers a place in the sun.

Tequilas are all made using Agave tequilana, more commonly known as blue agave. Tequila is produced by removing the heart (piña) of the plant in its twelfth year But some are mixto, which means they contain at least 51 percent blue agave and then are diluted with other ingredients and flavoring agents. It is best to look for 100 percent agave tequila. If it does not say 100 percent agave on the label, you are most likely drinking a mixto.

Blanco, silver, plata or white tequila is a young spirit. Typically these are bottled immediately after being distilled, or they might spend just a few weeks in stainless steel.

Gold tequilas are most often mixto spirits that have had some color or flavor added.

Rick Lyke
Rick Lyke is a drinks journalist from Charlotte, NC, and founder of Pints for Prostates.