The State of Beer Legislation

Let’s pretend, for a moment, that the biggest problem small brewers face has nothing to do with upside-down bottle seals or beer festival advertisers.

The 5,300-plus brewers nationwide that the Brewers Association defines as “craft” don’t need the word “independent” broken into three pieces to serve as a reverse scarlet letter differentiating their beer from the next six-pack on the shelf. They don’t need for MillerCoors, Anheuser-Busch InBev, Heineken, Constellation Brands, Diageo and maybe even Pabst to be kicked off the Great American Beer Festival’s floor and have their ad money turned away just to feel special. Hell, they don’t even need an excise tax cut (many have grown continually for decades without one).

What small brewers need is a level playing field in every state in the union. According to the Treasury Department’s Alcohol and Tobacco Tax and Trade Bureau (TTB), the sale of beer at brewery taprooms and pubs has jumped from 1.25 million barrels in 2015 to 1.9 million last year. That accompanies a rise in the nation’s total brewery count—from 4,550 to more than 5,300—but it also ends a five-year stretch in which the brewery count has more than doubled (from 2,475 in 2012), but brewery-based beer consumption has nearly quadrupled (from 518,000 barrels).

That doesn’t happen without significant progress at the state level, and breweries continue to see advances in both on-site sales and self-distribution. This year, both Mississippi and Georgia are relaxing beer laws to allow on-site beer sales at local breweries. The Florida legislature, meanwhile, continues advancing a bill that would allow the state’s small breweries to distribute their own kegs.

But much as the growth of craft beer nationwide settled from double-digit percentages annually during the last decade to less than 7 percent last year, craft beer’s charmed run through the nation’s statehouses is losing momentum. In Texas, the House and Senate supported distributors by passing a bill forcing brewers that produce at least 225,000 barrels of beer or more each year to buy back their own beer from distributors if they want to sell it in brewery taprooms. In North Carolina, breweries are suing the state after wholesalers persuaded lawmakers not to raise the 25,000-barrel limit for breweries distributing their own beer. Yes, $1.5 million in political contributions buys “persuasion” in bulk. 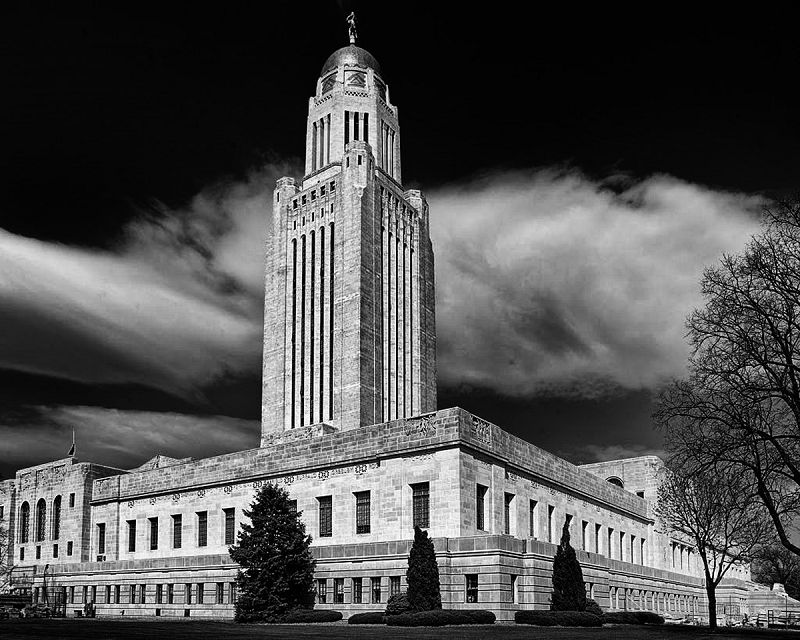 Nebraska’s nearly four dozen breweries, meanwhile, have spent much of the year fighting a piece of legislation that before it was amended would have prevented brewers from opening new taprooms or brewpubs, and still would restrict their distribution options. As is the case in North Carolina, Nebraska distributors fear being cut out of the process and frame their argument as tax enforcement: claiming that the only way the state can ensure craft brewers pay excise taxes is if distributors count kegs and cases.

Even in beer-soaked Wisconsin, distributors have recently introduced measures that would have significant impact on brewers’ abilities to sell beer on site. As a result, small Wisconsin brewers have joined with wineries, closed ranks and solidified their opposition to such measures, while MillerCoors has voiced its own opposition.

Distribution and on-site sales are key to craft beer’s growth and have been largely settled law in states like Oregon, Washington, California and Michigan—where craft brewers thrive and their numbers have expanded heavily. However, even in Colorado—the home of the Brewers Association—seemingly simple obstacles like the sale of full-strength beer in supermarkets or the unfettered addition of taprooms and brewpubs can prove tricky when they brush against the interests of liquor stores, bars and restaurants—all with strong supporters of their own.

Back in March, I spoke with Katie Marisic, the Brewers Association’s chief lobbyist, about the battles brewers face on a state level. The BA has been effective in pushing excise-tax legislation through Congress and arguing for antitrust restrictions on Anheuser-Busch InBev just before its purchase of SABMiller. In fact, since Marisic’s arrival in 2015, she and BA chief executive Bob Pease have made the group’s lobbying efforts one of the greatest benefits of BA membership. The BA has recently begun sharing that strength with local brewers’ guilds, which have been taking the fight to their local statehouses for the better part of three decades.

“We do have guilds in every single state, and some of them are brand-new and just hired their first full-time executive director,” says Marisic. “Then there are some like California that have been around for 25 years. It is beneficial to both us and them to have a free flow of information back and forth.”

It’s that flow of information and those resources that are proving more valuable to brewers than seals, definitions or a velvet rope keeping big beer out of festivals. Craft beer cheerleading produces great hot takes, but with brewers linking up with Constellation Brands, Heineken, MolsonCoors, Kirin, Mahou San Miguel and, yes, Anheuser-Busch InBev to bolster their clout, combining efforts to level the marketplace makes better business sense.

Craft brewers have expended a lot of time and money lately by telling people who they aren’t. Going to the state capitol and fighting for better, broader beer law is the most cost-effective way to show lawmakers and consumers who they are.

Jason Notte is a freelance writer based in Portland, Ore. His writing has appeared in The New York Times, The Huffington Post and Esquire. Follow him on Twitter @Notteham.