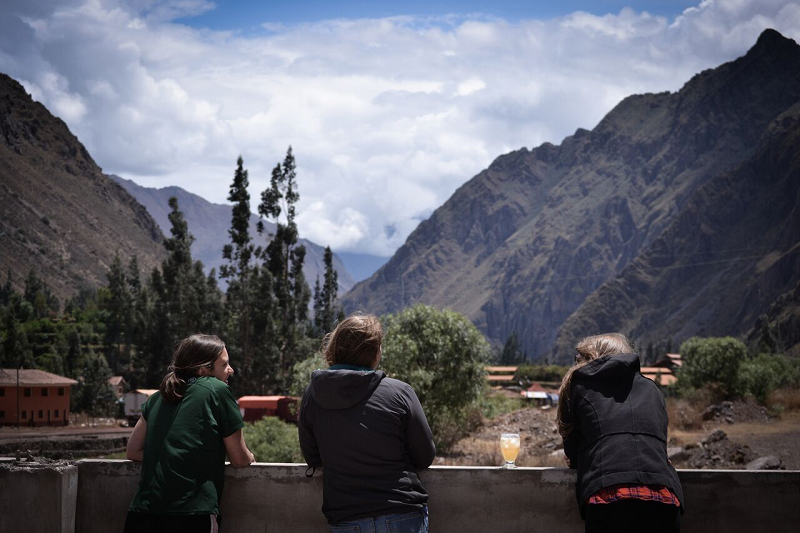 It was a brilliant spring day in November when I arrived at Cervecería del Valle Sagrado, aka Sacred Valley Brewing Co. In South America, the seasons are reversed from the Northern Hemisphere. The Sacred Valley of the Incas, within which the brewpub is located, cuts a deep swath high in the Andes Mountains of Peru. The brewpub itself sits about 9,000 feet above sea level along the Urubamba River, which follows a sinuous path beneath the valley’s imposing rock walls. As far as brewpubs go, the location is as dramatic as it is unexpected.

Though remote, the Sacred Valley is hardly untrodden. Scores of Cuzco-based tourists make the 90-minute drive to tour the ancient Inca sites and shop for colorful crafts at the bustling markets scattered throughout the valley’s 60-mile length. The town of Ollantaytambo, originally an Inca settlement, is located just a few miles from the brewpub and is a major departure point for trains and trekking expeditions to Machu Picchu, one of the “new Seven Wonders of the World.” 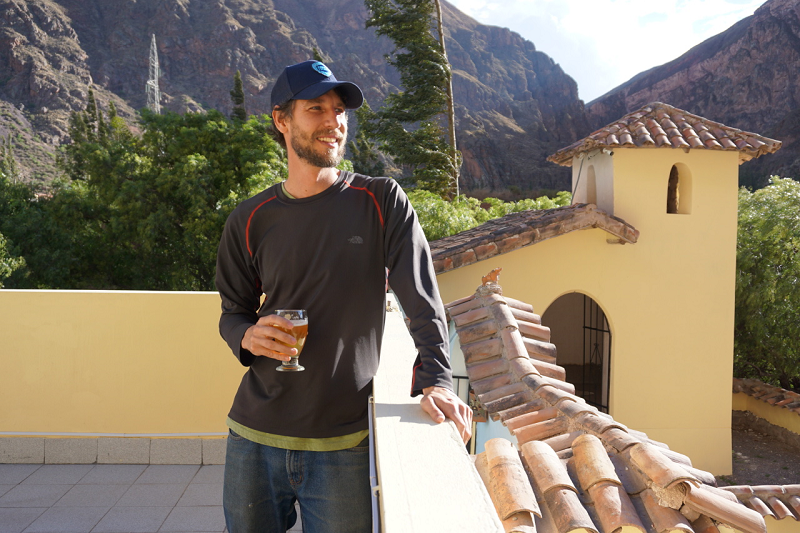 Sacred Valley Brewing Co. evolved from a friendship between Peruvian Juan Mayorga and American Joe Giammatteo. The two met in high school after Mayorga’s family relocated to the United States during political unrest in Peru. After finishing college in the States with a marketing degree, Mayorga eventually returned to Peru. Meanwhile, Giammatteo studied at the American Brewers Guild, interned at Russian River Brewing Co. and held various positions at Oakshire Brewing in Eugene, Oregon. In 2013, he and his wife, Louisa, arrived in Peru to join forces with Mayorga and a fourth partner to build a brewpub. Sacred Valley Brewing Co. opened in October 2014.

Those who make the trek to Sacred Valley Brewing Co. are well-rewarded for their efforts. The brewpub’s small taproom is conducive to befriending fellow travelers from around the world along with Sacred Valley locals. In the region’s mild climate, lawn games are a popular diversion in a grassy area beyond the tap room. The brewpub’s 8 p.m. closing time contributes to a safe, welcoming, family-friendly environment. 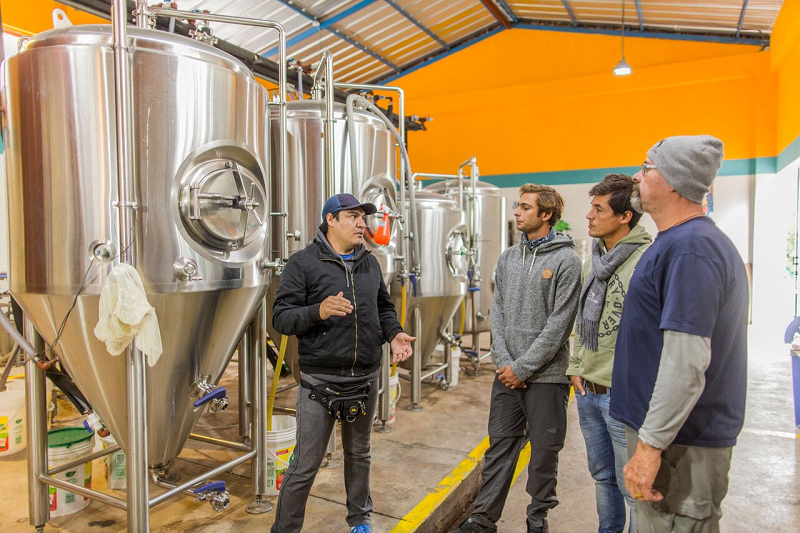 Visitors will find a well-rounded selection of nine clean, flavorful beers on tap along with a locally made soda. As one of Peru’s craft brewing pioneers, Sacred Valley has introduced local beer drinkers to styles such as saisons, Belgian wits, double IPAs and sour beers. Although all malts and hops are imported, the brewhouse makes prodigious use of local produce, including fruits, herbs, spices, coffee and cacao. The kitchen offers a mix of standard brewpub fare and typical Peruvian cuisine.

From the start, Sacred Valley Brewing Co. was about more than just beer. A progressive environmental ethic and a strong sense of social responsibility are part of the brewpub’s DNA. Since recycling isn’t widespread in Peru, the owners have chosen not to bottle or can their beer, opting for more environmentally friendly kegs. Lacking a sewer system, all wastewater is treated on-site. On the last Saturday of each month, the brewpub hosts a party in which 20 percent of the day’s proceeds goes to a nonprofit organization working locally to promote education, health or economic development.

Despite its small size, remote location and limited distribution, Sacred Valley Brewing Co. has established itself as a force in the fledgling Latin American craft beer scene. In its first three years, the brewpub has garnered an impressive 28 awards in international beer competitions. At the Copa Latinoamericana de Cervezas Artesanales, an annual competition featuring more than 100 South and Central American breweries, Sacred Valley was named Peru’s best craft brewery for the last two years and the competition’s best overall brewery in 2017. Sacred Valley Brewing Co. wasn’t my first reason to visit this extraordinary area, but it was certainly an unexpected treasure.