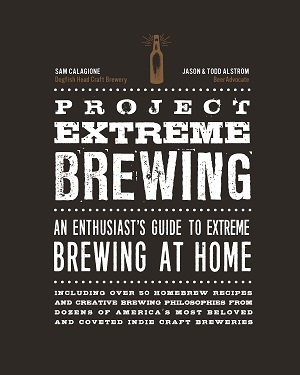 Who better to pen a book on extreme brewing than Dogfish Head’s Sam Calagione and BeerAdvocate’s Alström brothers? The former has brewed beers of the extreme variety at Dogfish Head since opening in 1995, and the latter have showcased such beers online, in their magazine and at their Extreme Beer Fest events. They are joined by a host of brewery contributors, who submitted some of their most inventive recipes. It says something about today’s craft beer climate when even the most exotic recipes (like a chocolate oyster stout or coffee Brett IPA) no longer seem extreme. Still, homebrewers will enjoy the diverse selection of recipes from some of the most esteemed breweries in the business, each with extract and all-grain instructions.–Daniel Hartis