A favorite travel ritual is the arrival of that beautiful rainbow of tiny glasses of beer stacked on the sampler board of a newly visited brewpub. The shimmering gold, malty amber, caramelly red and roasty black shades spark the appetite—and the imagination.

A recent order at a local brewery taproom was met with five nearly identical-looking beers, each wearing the same deep golden hue. I shouldn’t have been shocked. At the brewpub I own, we look at our numbers every week, and it’s not brown and black beers that top the list. Sales are very much dominated by blond to pale-amber beers. Still, that monochrome flight was startling.

Given that the market is so consumed by pale beers, I thought it was time for a vocabulary lesson on delicate malty flavors. While dark beers have nearly unlimited recipe possibilities, brewers of pale beers are more constrained. The palest malts are the least flavorful, so typically you add somewhat darker malts for layers of flavor. With each addition comes color, and pretty quickly the beer is too dark for the style. The beer-drinking public may lack beer vocabulary and be insensitive to flaws, but they focus on the color of a beer with laserlike intensity. Further, it has been well researched that a shift in color changes perceived flavor, even if the change is purely cosmetic. To a brewer, this demonstrates how important it is to keep the color within expectations. 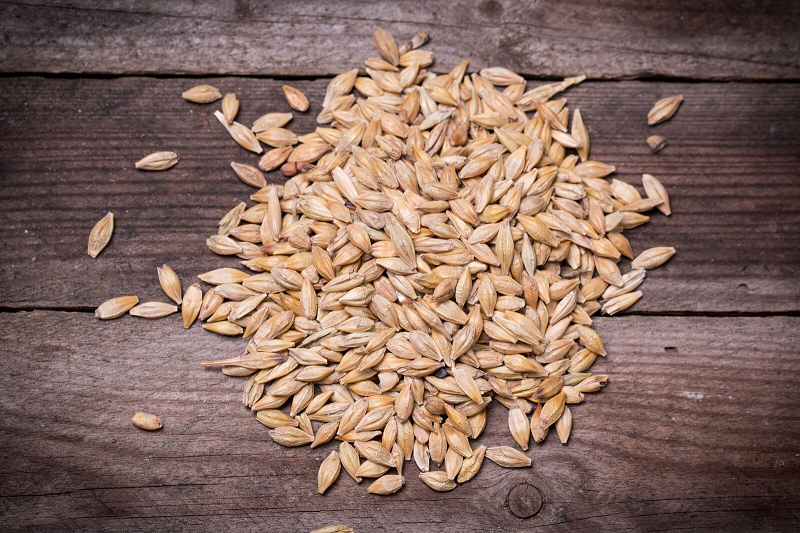 Malt acquires color—and the flavor that comes with it—from kilning that drives off water and unleashes the terrifyingly complex chemistry responsible for the malty flavors we love in beer. Malts are tested for color by making some simple test brews, resulting in a number between 1 and 600 known as “Lovibond,” after the English brewing scientist who devised a beer color scale. You may also see numbers in EBC (European Brewing Convention), about double the values of Lovibond.

As you can imagine, as the malts get darker, you can use less of them and still keep a pale beer pale. Most beers—even the darkest stouts—are generally made from very light malts in the 1.2 to 5 Lovibond range. Darker malts are laid on top of the base to create style-appropriate flavor, adding color as well. For most blond beers, the darkest malts employed are generally no higher than perhaps a 6 or 7, and only in small percentages. The exception is black malt, which is often used to adjust color without adding flavor, as in the case of mass-produced lagers, which would be ghostly pale without it.

To make sense of the flavors we find in malts, we need to dig into the chemistry of kilning. Raw barley is quite flavorless, as you may know if you’ve ever had it in soup. All malts are dried slowly until the moisture is driven off. For the palest types, such as pilsner or lager malt, the process stops there, resulting in colors in the 1.2 to 2 range, and very delicate malty flavors. For darker malts, the heat is then raised, allowing color and flavor to develop through a complex chemical reaction known as Maillard browning. While the details are complicated, the essence is quite simple: Sugars and other carbohydrates combine with nitrogenous material such as amino acids in the presence of heat. The result creates two groups of chemicals: large molecules called melanoidins that have plenty of color, but little or no flavor, and a huge family of small, aroma-active ring-shaped molecules known as heterocyclics, which are responsible for almost all malt aroma, from bread and cracker to caramel through toast all the way to deepest roast. It’s the same reaction that happens when you grill a steak, sauté onions, bake a loaf of bread or pop a slice in the toaster. Each combination of ingredients and variables—such as time, temperature, moisture level and pH—creates a unique set of color and flavor chemicals. These are the levers that maltsters pull to create their color/flavor malts.

Maillard chemistry (and another simpler caramelization important in caramel/crystal malts) is responsible for virtually all malt flavor, even in the palest varieties. The protein level, agricultural origin and growth conditions also affect the flavors, so European, North American, South American and other locales all will produce different flavors, sometimes dramatically so. These varietal variations show up most obviously in the paler malts.

Barley breed also can have a dramatic effect. Over time, poorer-yielding strains have been replaced with modern strains that offer farmers better yield and disease resistance, plus other characteristics essential to their livelihood. Sometimes, however, there is so much focus on these qualities that trade-offs have been made in terms of flavor. Happily, a few of the older varieties—the English Maris Otter being the most famous—are still cultivated and sold at a premium price. North American barley varieties have largely been bred to be highly “neutral” in flavor, a term that might be also interpreted as “flavorless.” With the rise of craft beer, and recently micro-maltsters as well, there is a lot of interest in developing barley varieties such as Full Pint and Synergy that offer more flavor and can compete with the generally more flavorful European varieties, giving brewers some newer choices for their recipes.

So what does all this taste like? For pilsner malts, which are generally the palest, flavors are quite delicate and may range from bready to grassy, with varying degrees of the kind of simple maltiness best exemplified by the center of a malted milk ball. North American versions generally have less of this rich maltiness. Some extra-pale versions, around 1.2 Lovibond, may even display green herbal notes reminiscent of fresh grass, dried hay or even a hint of wintergreen. Some of the palest malts—especially high-protein North American ones—may show some edgy, phenolic astringency due to higher husk content. These characteristics are common in malts grown in extreme climates—whether hot or cold—and generally show up in the beer’s aftertaste.

European pilsner malts typically show a lot more character, producing more aromatically malty beers. North American maltsters produce a type generally known as “lager” malt that is typically just a tad darker (1.4-1.8) than pilsner malt, and is the workhorse of the U.S. brewing industry. It is typically very neutral—a blank slate on which to layer more flavorful ingredients. Such malts are fine as background when other malts are layered on top, but sometimes lack the character necessary to make a fine pils or Kölsch, where there is very little room for anything else but super-pale malts.

Next up the color scale, you can go two directions. First are English-style pale ale malts (2-4), kilned at low moisture levels to develop a sharp, crisp, biscuity character that perfectly suits the bitter and pale ale family. There are two important heirloom varieties produced in Britain: Maris Otter and Golden Promise. Both offer complex, profound flavors in an otherwise simple recipe. The second direction is Vienna malt, of similar color (3-4), but kilned with more moisture, bringing out sweet, caramelly notes that you can instantly recognize in a sip of Vienna or märzen lager. A somewhat hard-to-find English type called mild ale malt (3.5-5.5) is similar, but just a shade darker. Darker still is Munich (6-12.5), with sweet toasty, cookie flavors. Some very pale crystal malts are also available, with 10 Lovibond contributing sweet caramel, cotton candy and honey notes, and 20 Lovibond getting into golden raisin territory.

So there’s plenty to work with for a brewer with a deft touch. Getting the right mix for the base is the first step. Often a mix of several malts will be chosen for their intensity and flavor, and of course in commercial brewing, economics plays an important role as well. Pale ales and IPAs were once dominated by pale ale malt, often accented with some raisiny caramel malts, but these days they are lighter in color as well as on the palate, often made with a mix of lager and pale ale malts, sometimes with a little Vienna or Caramel 10 for a background of caramelly sweetness, if desired.

To a taster, the malty flavors in a very pale beer may sometimes be less than obvious, but if you approach it with patience and let the layers reveal themselves sip by sip, that pilsner shimmering in the sunshine will sing you a very beautiful song.