Explore the Culture of Beer 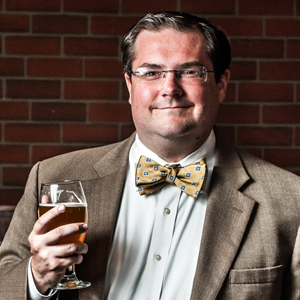 As a species it’s in our nature to explore. From the early nomadic tribes traversing continents to the first astronomers who stared into the night sky, we have the yearning to know more imprinted in our DNA. There are the adventurers and scientists who climb peaks, travel to depths of the ocean and explore the stars. In our own beer world, things might not be that grand, but many of us still try to seek out the offbeat, the rare, the genuine local drinking experience both at home and while traveling.

In his editorial, Chris Rice introduced you to Taste, our new review section. It’s my great privilege to give you a preview of Explore, the section of the magazine that aims to bring many aspects of the beer world to your fingertips and encourage you to get out into the world. In this section we will, among other things, look beyond the beer in the glass and examine where well-known styles originated and meet the modern brewers putting their own spin on a classic.

It’s a return to the kitchen, welcoming chefs back into our pages with recipes that go beyond the standard pub fare and suggestions for finding the best beer pairings.

Explore also combines two sections that previously ran in these pages: New On The Shelves and The Beer Lover’s Calendar. By bringing these together, we are able to paint a more complete picture of what’s coming up beerwise and what we think should be on your radar.  A lot of thought went into these changes. This will be an evolving section, so after diving into the content, please share your thoughts via our social media channels or by contacting me directly at [email protected].

This issue is also filled with articles that follow a similar theme of exploration. Long-time contributor Dan Rabin hit the pavement and chronicles what it’s like to experience Belgium’s beer scene on two wheels. Brian Yaeger takes us around the United States for beers near roller coasters. We’ve also added brewery profiles to our travel coverage, because we believe that beer is better understood when you know where it comes from.

Growth is also part of exploration, and in his first feature for the magazine, Justin Kennedy examines established breweries adding second facilities to their portfolios. More than just clone breweries (like what Sierra Nevada Brewing Co. and New Belgium Brewing Co. built on the East Coast) but breweries with a different ethos and a distinct lineup of beers.

So, don’t let me keep you. Turn the page and dive into the culture of beer. I hope you discover much to your liking.