Breweries Get Fresh With Distributors: Partnerships Rush IPAs to Market

Many breweries have no trouble moving India pale ales. If anything, some breweries have trouble keeping up with production, as crowds line up outside taprooms to purchase limited batches of IPAs as soon as they’re released.

It’s a good thing, too, as most agree that IPAs are best consumed fresh, when the hop character is at its peak. That can be especially true for New-England-style IPAs, which rely on big doses of late hop additions that provide juicy and tropical notes, but fade quickly. 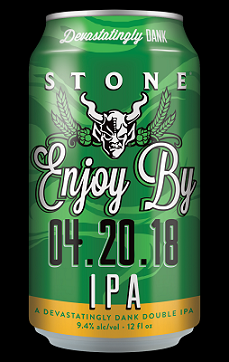 For larger brewers distributing IPAs outside of their own taprooms, freshness can be even more of a concern. Once the IPAs are in the hands of distributors, breweries often have very little control of the sales process.

Or at least that used to be the case. Now, more brewers are working hand-in-hand with their distributors on special initiatives to get their IPAs in the hands of consumers as quickly as possible.

One of the most notable such programs is Stone Brewing Co.’s Enjoy By IPA series, the first of which was Enjoy By 09.21.12. Yet even before that inaugural effort rolled out, the brewery had initiatives in place to highlight the importance of drinking its IPAs at their freshest.

“Long before the Stone Enjoy By IPA series began, we had ‘enjoy by’ dates stamped on our beers, which was a rare practice at the time,” wrote Greg Koch, the brewery’s co-founder and executive chairman, in an e-mail. “With this series, we wanted to do something really groundbreaking that would challenge the limits of freshness while helping to educate beer drinkers.”

With late-hop additions of several varieties of hops (often more than 10 for Enjoy By, according to Koch), Stone billed the beer as one built not to last. The brewery has a 37-day window to get the beer to a distributor and out to retail locations across the United States, while still leaving enough time to actually sell the beer. That expedited schedule means more work not just for brewery employees, but for their distributors across the country. It took a little work—and proof that the product would move—to get distributors on board.

“This beer absolutely relies on an unconventional operation,” wrote Koch. “In the early days we received significant hesitation from distributors and accounts and even flatout refusal. Ultimately, we created a demand for a brand that was stronger than the conventional restraints.”

Left Coast Brewing Co. in San Clemente, California, faces the same challenges of getting IPAs to market at their freshest, according to general manager Tommy Hadjis. Instead of sending IPAs with a specific date to market and possibly having to buy them back after that date has passed, however, he prefers to scale back on volume.

“That’s something that I would never do, I don’t have enough reserve funds to be able to do something like that,” says Hadjis. “So I would rather limit my production as much as I can on my IPAs.”

That often means distributing the bulk of IPAs closer to home, where the brewery is more well-known and able to more closely monitor sales.

“We’re so proud of the IPAs we make, and they’re not cheap to make as well, so it’s very, very frustrating that we’re making these fantastic beers and some of the people that are tasting it for the first time ever are tasting it in a form that was not intended.”

Hadjis keeps a watchful eye on the distribution of more limited beers like South County IPA, which is brewed just twice a year, to ensure they are kept cold throughout the sales cycle.

After canning a triple IPA, Left Coast worked with distributors on a Fresh To Market program through which they delivered the beer with signs that said, “This was canned yesterday.”

An initiative like Fresh To Market requires the ability to self-distribute or to work in close partnership with distributors, according to Hadjis.

“Does it take a lot of extra labor?” asks Hadjis. “Yes it does. But it gives us a chance to get our product in front of customers.”

Michigan-based Short’s Brewing Co. has a similar program in place for Psychedelic Cat Grass, a triple dry-hopped double IPA they released for the second time last August. The beer, with its own hashtag #withoutdelayIPA, is delivered to accounts within a 24-hour window of packaging. Scott Newman-Bale, partner and chief financial officer at Short’s Brewing Co., in a press release described the first attempt in 2016 as “a fun logistical challenge.”

Daniel Hartis is the editor of All About Beer Magazine.