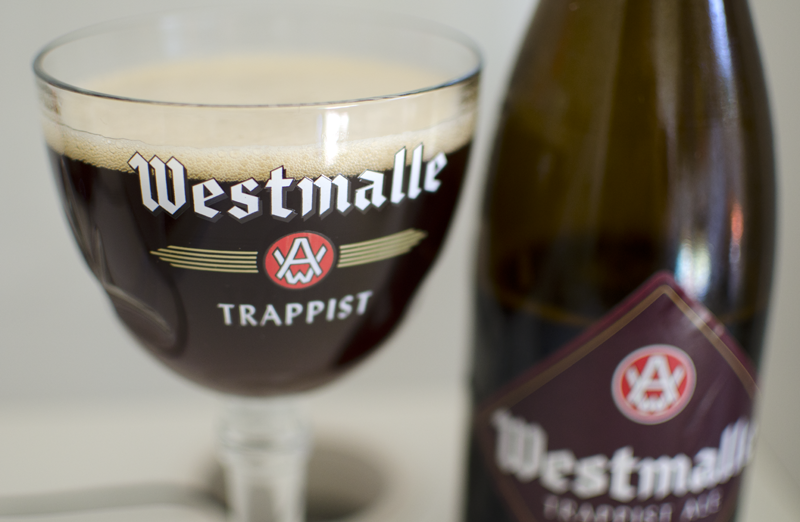 Belgian brews were once considered mysterious and idiosyncratic, but have become mainstream and far from unusual. Now, it is more the sentiment of tradition that makes them so engaging. Belgian brewers are famous for wild and woolly lambics and sours, rustic farmhouse and wheat brews and spicy, savory abbey and monastic beers. Monastic brews made in the seven original Trappist abbeys are most revered. They’re also profoundly inspirational to other Belgian venues, microbreweries in North America and the three newly certified Trappists in the United States, The Netherlands and Austria.

Mostly, the brews include single/blonde, dubbel, tripel and quadruple/strong dark. Dubbel is a near-perfect combination of dark malts, sweet, fruity depth and spicy yeast byproducts. It has become a well-represented style.

For centuries, European monastic brewers pursued and perfected their craft within cloistered abbeys, driven by a philosophy dedicated to sustainability, self-reliance and divine trust. Their singular mission and diligence cultivated a methodical, empirical approach that farmhouse and town brewers could hardly match. They were brewers without peer through the Middle Ages, and the Trappists especially have been as influential as any over the past 200 years. Their story of brotherhood and perseverance over the past millennium is even more impressive, one that straddles simplicity and modernization even today. Their influence has never been more evident.

The French Revolution, having driven the Trappists from their monasteries in the late 18th century, came to an end in 1799 and allowed them to return home. Through cooperative efforts over several decades, they rebuilt their abbeys and way of life, including the rich brewing tradition.
Westmalle was the first Trappist monastery to re-establish itself, in 1802, and began brewing in 1836. Westvleteren (St. Sixtus) came next in 1839, then Achel in 1852. Westvleteren assisted the 1850 restoration of Chimay (Abbaye de Scourmont), which started brewing in 1862. Chimay offered public sales shortly thereafter, ushering in an era of commercial brewing. Rochefort (Notre-Dame de Saint-Remy) came next in 1887. Orval (Notre-Dame d’Orval) was rebuilt in 1926, having lain fallow since 1790. La Trappe, founded in 1884 (Bierbrouwerij De Koningshoeven), the original home of the strict Cistercian Order at La Trappe, France, and namesake of The Order, is now housed at Berkel-Enschot in The Netherlands. The International Trappist Association grants rights to the label “Authentic Trappist Product,” an appellation that protects the brands of the monks.

The period after Belgian independence in 1830 coincided with a great surge of brewing science and subsequent development and diversification of many modern styles during the second half of the 19th century. The numerous abbey and independent Belgian breweries founded during this period emulated the Trappists to stylize their own offerings, oftentimes invoking similar imagery of stately architecture and suggestions of divine leanings.

Should a secular brewery specifically deign to use the abbey designation, it, too, must adhere to well-defined guidelines for the privilege, one controlled by a trade organization, known as The Belgian Brewers, and display the Certified Belgian Abbey logo. It may use or associate with abbey facilities and/or the name.

North American brewers have been quite keen on Belgian styles over the past 20 years. Many have proved quite adept at the genre, and some, such as New Belgium Brewing and Ommegang, venerable brewers by American standards, have largely staked their reputation on it. Both make excellent abbey-style dubbels.

The general style is usually referred to simply as Belgian dubbel. Many that fall into this category, however, have no such designation. Chimay calls them Première, Achel, Bruin and Rochefort 6. Some also use Brune, or simply Abbey. Dubbel has, collectively, come to be the term that encompasses the medium-to-strong, sweetish, dark, top-fermented brew.

Before the modern practice of naming beers individually, alternative systems were used to designate and distinguish them. The parti-gyle method of using successive mashings to produce beers of different strengths would have been named tripel, followed by dubbel, and then single. Those terms have come to mean different things altogether, as each now has its own identity and distinct recipe.

Another method was to use a number corresponding to wort gravity in “Belgian degrees.” One of 1.060 would have been named 6, and one of 1.030, 3. Westvleteren, Rochefort and Achel use this system.

Chimay gives each a unique name and cap color. The red-capped dubbel is Première, followed by the white cap tripel, Cinq Cents, and the blue cap strong dark, Grande Réserve.

Since dark beers were the norm throughout Europe before the 19th century, and unmalted grains and sugar of some sort were historically used in Belgium, we can assume that something similar to dubbel had been brewed for centuries. Dark malts, sugar and adjunct grains all figure into the modern version.

The true modern style set roots in the mid-19th century, as monastic breweries were resettling themselves post-independence. Both Chimay and Westmalle point to their dubbel as being brewed during this period, as both made a dark, stronger beer to complement a weaker, paler table beer. The current Chimay Première was modified after World War II by Brother Théodore and meant to emulate the recipe from the original 1862 brewery. Westmalle dubbel, last reformulated in 1926, was based on a dark brew made since 1856.

Dubbel can best be generalized as fairly strong, at 6 to 8%, reddish-brown and moderately hopped. Dubbels are fermented with yeast that presents fruity and spicy aromas and flavors. As usual, this oversimplification does little justice to the nuance of these complex beers. Dark malts contribute sweetish malty and dark fruit notes in addition to color. Adjunct grains and sugars lend mild character, but serve mostly to lighten body and aid in attenuation.

Since the objective is to produce a full and flavorful beer without heaviness, a base of pilsner malt, and sometimes pale malt, is the foundation. Chocolate, black, caramel, toasted and aromatic malts contribute color, flavor, aroma and depth. Sugar syrups and crystallized sugars are commonly used, sometimes in combination. Adjunct grains or grain flours are another means whereby brewers can add fermentability without overburdening the palate. Overall, recipes are surprisingly simple.

Perhaps the most interesting facet of Belgian brewing is the yeast. The Trappists helped one another rebuild the abbeys and breweries in the 19th century. They also shared yeast and knowledge. The Westmalle strain is used by Achel and Westvleteren, and no doubt many other brewers across Belgium. Chimay has its own house strain.

As the strains adapt over time to fit ambient conditions and those imposed upon them by the brewers, they develop the nuance unique to each brewery. The same strain fermented at temperatures just a few degrees apart and/or conditioned under different circumstances will result in subtly different sensory profiles. Thousands of beers and countless generations of propagation and evolution have diversified the strains even more.

Lastly, one key to making these luscious beers is the art of proper attenuation. Several things factor into this critical aspect. First, the yeast must be capable of fermenting beyond the normal range of other yeasts. Eighty or more percent attenuation is common.

Careful mashing and proper management of fermentation, with respect to temperature and conditioning, will ensure appropriate and full attenuation. Bottle-conditioning is de rigueur, and the yeast must also be able to restart in the bottle to carbonate the beer and allow proper melding and maturation of flavors and aromas. That effervescent, billowing, sturdy head that accompanies fine Belgian brews is the coup de grâce, a manifestation of proper conditioning and healthy yeast.

No beer of moderate proportions packs as much complexity and sophistication into one package than does dubbel, proof that simplicity is the most rewarding route.

This column appears in the July issue of All About Beer Magazine. Click here for a free trial of our next issue. 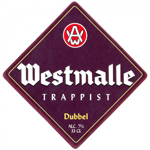 ABV: 7
Tasting Notes: From the abbey at Malle in Northern Belgium, this classic dubbel has been brewed since 1926. Dark russet-brown with a head that is big, dense and tenacious. The aroma is quite malty with notes of chocolate, molasses and dates. Yeast character is fairly subdued. The mouthfeel is slick and full, leading into to a sweet malty/caramel flavor infused with chocolate and dark, dried fruit. There is also a distinct herbal hop character. Westmalle uses only whole hops and adds dark sugar syrup. Westmalle dubbel finishes somewhat dry, earthy and incredibly smooth.

ABV: 7.5
Tasting Notes: Brewed at the abbey Notre-Dame de Saint-Remy near Rochefort in Southern Belgium, Rochefort 6 is midway between amber and brown. The well-rounded aroma offers moderate cinnamon, clove, coriander and toasted malts. Somewhat light on the palate. The flavor is a blend of plums, aromatic/toasted malt, clove and coriander. The finish has clovey phenols and lean dryness, with a rather pronounced spicy yeast footprint. As with other dubbels, the best ones have a well-hidden dose of alcohol (7.5%) and character to please anyone or accompany nearly any course.

ABV: 6.7
Tasting Notes: This dubbel is brewed at the Brouwerij St. Bernardus in the West Flanders village of Watou, Belgium, in heart of the hop-growing region. Originally brewed under license of Westvleteren (St. Sixtus) since 1946 as a commercial version of Trappist beers, the St. Bernardus line has stood on its own since 1992. Full brown with red tints. The big aroma offers fig, cinnamon and cocoa. Somewhat light on the mouthfeel, it has a lively, sustaining carbonation. The flavor is quite fruity, banana and cherry, offset by brown sugar sweetness and a rather firm hoppiness. The finish is brisk and slightly bitter from both hops and dark malts. A delightfully crisp and frisky version of dubbel. 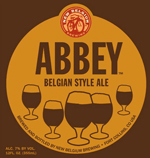 ABV: 7
Tasting Notes: New Belgium Brewing Co.’s Belgian-influenced styles are among the best, and Abbey is spot-on when compared with the classics. Dark amber, with a nose that is full of spicy yeast notes (clove, pepper, cinnamon), fruit (banana, prune) and toasty Munich and caramel malts. The mouthfeel is quite full. Flavors of chocolate malt, banana and caramel are followed by more of that peppery, savory spice. The finish is surprisingly dry considering the sweetish flavor and creamy mouthfeel. The yeast character comes to the forefront more than in many other dubbels, but there is more than enough going on to keep it from overshadowing the other components.