With the opening of Boulder Beer in 1979 as Colorado’s first microbrewery, Boulder established itself as an early leader in the country’s beer renaissance. Beer culture is deeply ingrained in the town’s active, outdoor-oriented lifestyle. Today, 20 breweries and brewpubs ranging from large packaging operations to little mom-and-pop gems operate within the progressive community. Add a lively downtown district, numerous recreation and entertainment options and a postcard-perfect mountain background, and the beer traveler will be well rewarded with a weekend visit to the town often referred to as “The People’s Republic of Boulder.”

Begin your Boulder weekend with a lunch stop at Avery Brewing Co. (4910 Nautilus Court), Boulder’s largest and best-known beer producer. In 2015, Avery unveiled its new showpiece brewery on the outskirts of town. There you’ll find 30 house beers on tap, ranging from sessionable ales and lagers to extreme beers exceeding 15%. Food is served in the restaurant, tasting room and patio. 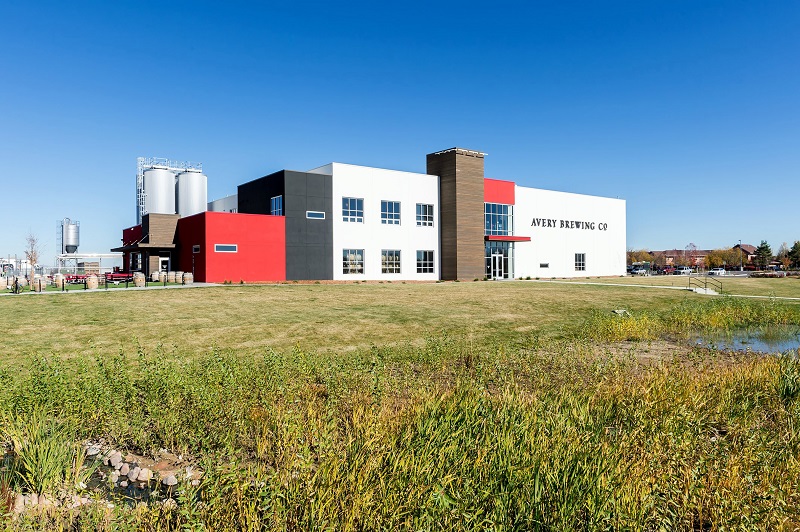 Next, head south a few miles where a cluster of East Boulder breweries resides within an area of business complexes and strip malls. Upslope Brewing Co. (1898 S. Flatiron Court) operates the larger of two breweries in a leafy office park. In late afternoon, the tasting room fills with employees of neighboring offices unwinding with the popular Craft Lager, award-winning Brown Ale and a variety of standard and one-off creations. 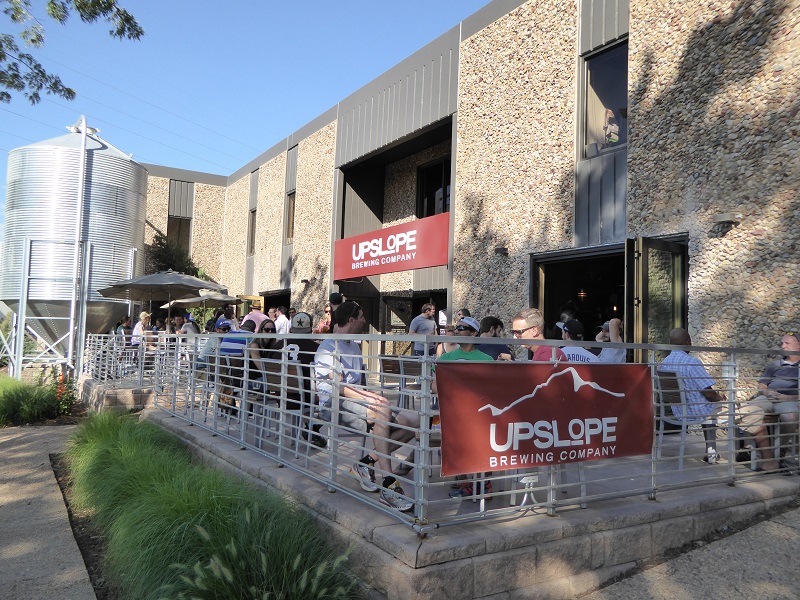 Above Upslope, an interesting tasting experience awaits you in the Boulder office of White Labs (1898 S. Flatiron Court). A modest taproom, open several days a week, provides a rare opportunity to evaluate the nuances of different yeast strains with flights of several beers, each fermented with a variety of yeasts. 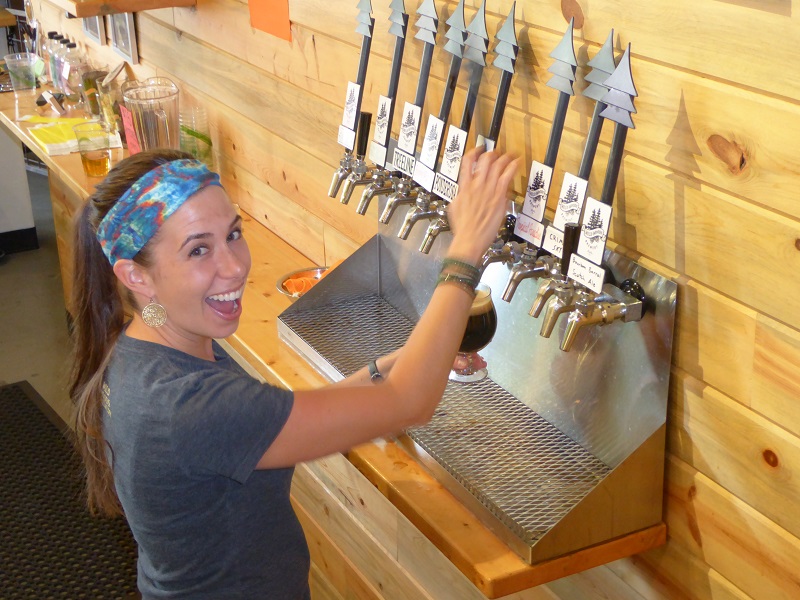 A half-mile away, Wild Woods Brewery (5460 Conestoga Court) is tucked in a nondescript complex of mixed business. The laid-back mom-and-pop operation has built a solid reputation in the local beer community for its well-executed beers “inspired by nature.” The malty Campfire Red has just a wisp of smokiness, while the wood-aged Ponderosa Porter has an essence of pine bark.

BRU Handbuilt Ales & Eats (5290 Arapahoe Ave.) is located on the upper level of a nearby strip mall. Brewpub founder and longtime chef Ian Clark applies a culinary touch to many of the house beers, incorporating spices and other flavorings with a deft touch that enhances, rather than masks, the inherent qualities of each style. The dinner menu features a variety of small plates, wood-fired pizzas and hearty entrées. 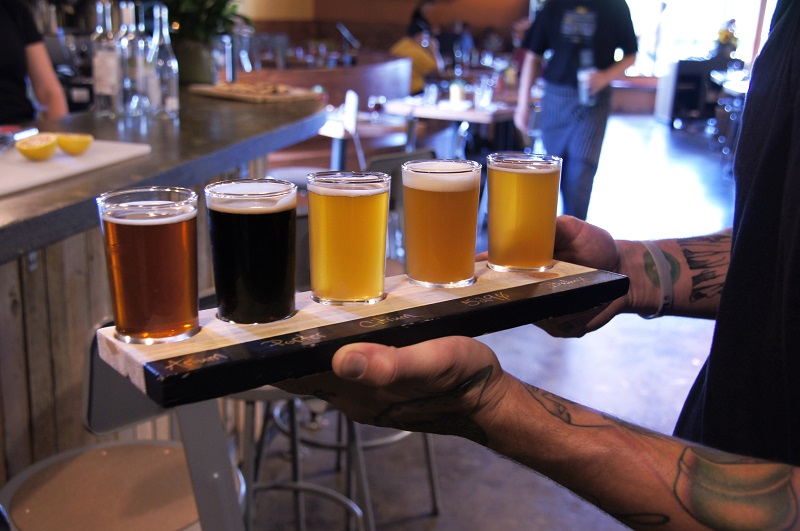 Begin the day a few miles south of downtown with brunch at Under the Sun (627A S. Broadway St.). As a nonbrewing member of the Mountain Sun family of brewpubs and restaurants, the eatery features a wide selection of beers from its sibling brewpubs, including Southern Sun Pub & Brewery, which is just upstairs. While the menu is eclectic, the fried chicken and waffles is a standout.

Walk off your meal with a hike in the foothills. For an easy, yet scenic, outing, head south 4 miles to the trailhead of the Mesa Trail. For a more rigorous endeavor, drive west on Table Mesa Drive a few miles, keeping an eye out for deer and other wildlife in the large meadow adjacent to the road. The road ends at the National Center for Atmospheric Research where the trailhead is located. The research building was designed by renowned architect I.M. Pei and was featured in the 1973 Woody Allen movie, “Sleeper.”

Head downtown to Boulder’s Pearl Street Mall. The four-block pedestrian mall features a plethora of shops and restaurants, talented buskers of all ilk, and first-rate people-watching. Five downtown beer stops, on or near the mall, offer plenty of atmosphere. In addition to their liquid assets, you’ll find good meal options at each destination, or you can nosh on small plates as you make the rounds.

West Flanders Brewing Co. (1125 Pearl St.) is a casual brewpub with a prime location on the mall, locally sourced food and diverse house beers including several Belgian-inspired creations. If the timing is favorable, snag a table on the outdoor patio, which is one of the top people-watching spots in downtown Boulder.

Shine Restaurant & Gathering Place (; 2027 13th St.), located a half-block off the mall, bills itself as a community gathering spot and attracts members of Boulder’s creative community. The kitchen is gluten-free, although the brewery is not. Among the brewpub’s unique features is its ownership team, consisting of triplet sisters.

Next door is the Bohemian Biergarten (; 2017 13th St.), which brings the ambiance of an Old World beer hall to downtown Boulder. The tables are communal, the schnitzel tasty, and the beer list includes imported European lagers and wheat beers.

Since opening in 1993, Mountain Sun Pub & Brewery (1535 Pearl St.) has been a locals’ favorite for its relaxed vibe, quality pub food and extensive selection of fresh beers. While you’re there, check out the mind-blowing chalk art created by local artist Bryce Widom. The artist creates a new image for the pub each season.

If you have the stamina, catch a show at the Boulder Theater (2032 14th St.). The venue, which sits just steps from the mall, hosts high-profile local and national touring bands.

Work up an appetite with a stroll along the Boulder Creek Path. As an alternative, grab a bike from one of Boulder’s 40 B-cycle bike share stations and explore the many miles of paved pathways around town. The day’s first destination is close by the Creek Path.

Stock your barchives across the street at Hazel’s Beverage World (1955 28th St.). The beer selection is impressive, with offerings from many small local breweries.

The busy weekend has likely left you in need of some down time. Sanitas Brewing Co. (3550 Frontier Ave.) is just the ticket. The brewery’s expansive outdoor space is equally conducive to playing a game of cornhole or chilling out over a pint or two. As a bonus, you get a discount on a rotating session beer whenever a train passes by on the adjacent tracks.

Side Trip to Longmont

If you’ve got the time and desire, a trip to nearby Longmont is well worthwhile. Located 12 miles northeast of Boulder, the community is home to eight brewing businesses, including well-known Oskar Blues Brewery (1800 Pike Road, Unit B), Left Hand Brewing (1265 Boston Ave.) and 1-year-old Wibby Brewing (209 Emery St.).