What is Juice Concentrate and What Does it Do to My Cider? 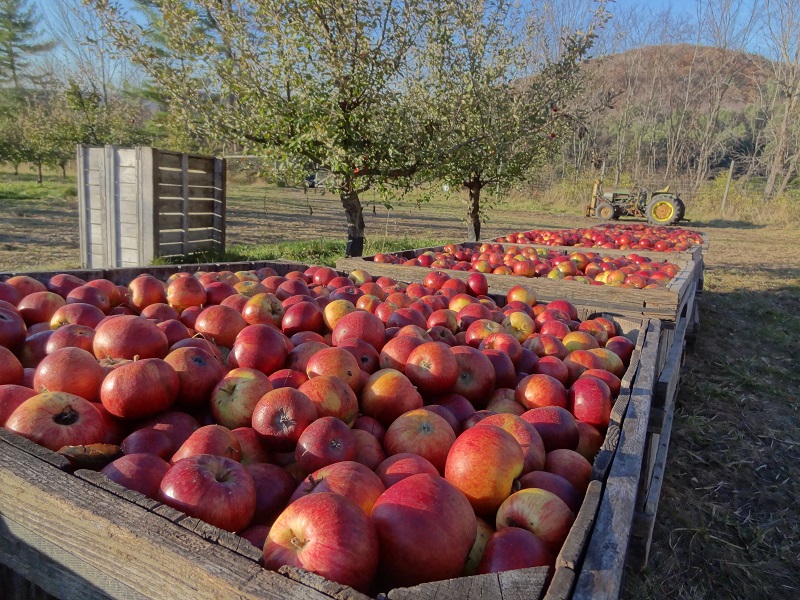 The history of cider doesn’t involve much in the way of technical innovation until the 20th century. The biggest challenge for cidermakers has always been the juice—it is heavy and takes up huge amounts of space. Because apples ripen only once a year, cidermakers end up having to deal with a year’s supply as it becomes available between September and the end of the year. But in the 20th century, clever people figured a work-around: concentrate the juice, store it, and then rehydrate and ferment as needed throughout the year. And that’s what large producers do.

I had never really put a lot of thought into how juice is concentrated until I sat in on a session at CiderCon – an industry conference – with Terry Chambers, President and GM of FruitSmart, a company that prepares and sells apple juice and apple juice concentrate (AJC) in Yakima. FruitSmart is not principally a supplier to cider makers, but they have lately started getting requests, and Chambers was at CiderCon in Portland, Oregon to explain what the different products were and how they’re processed. It was enlightening.

When apples come to FruitSmart, the process for all products begins the same way: the fruit is inspected, washed, and milled or pulped. That’s exactly what you’d find in any traditional cidery. The product lines then diverge, going toward unprocessed juicing or processing. For the unprocessed products, the milled apples are then pressed and either pasteurized or sold unpasteurized. (The latter product is new and offered on the request of cideries.) It’s cloudy and viscous—the rustic sweet cider you’d buy at a farm stand.

The processed track looks a lot different. After milling, the pulp is heated to 190°F or higher. The juice is then treated with enzymes for 30 to 90 minutes, which breaks down those viscous compounds in regular juice. Then it goes through “hot extraction” (juicing), filtration, and then concentration, which is a process like distillation (more heat) where the water is boiled off. To recap: processed juice is heated three times and broken down with enzymes in its long journey toward concentration.

The effect is, as you would guess, profound. During the session we tasted the regular unprocessed juice, a processed juice that hadn’t been concentrated, and then juice made from concentrate. The unprocessed juice was farm-fresh, complex, aromatic, and viscous on the tongue; it also had that slightly chalky mouthfeel you get from apple skins. The processed juice is what you remember from childhood—very light color, perfectly clear, vaguely appley aroma and a one-note, very sweetly apple flavor. The concentrate had even less color—it was just this side of water—absolutely no aroma, was the consistency of water, and it didn’t even really taste of fruit at all. It was basically a sugar-water solution.

In fact, all the flavor and aroma gets blown off during the process of concentration, and FruitSmart captures it and sells it as “fruit essence.” If you are a juice-box maker, you might buy both the AJC and the essence and when you rehydrate before packaging, you’d spritz the dull juice with a bit of essence to make it taste like apples.

So what to make of all this? There is a very heated but mostly subterranean war going on between small cideries who make “orchard-based” products without concentrate and larger producers who have to rely on AJC to meet production demands. I had mostly been agnostic about the AJC debate: so long as the juice was rehydrated to its original strength, this seemed like a convenience rather than a transgression. But learning more about the concentration process has made me question that. 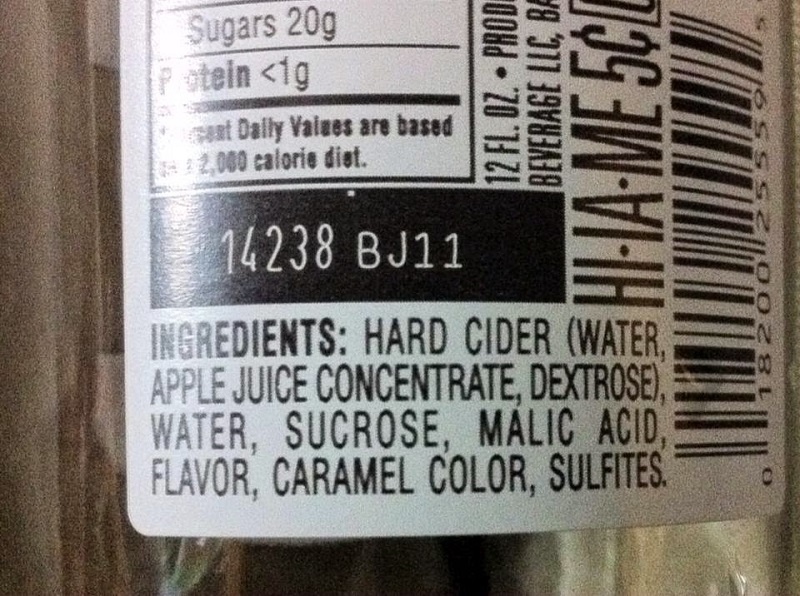 The label of a bottle of Stella Cidre. (Photo by Jeff Alworth)

If you pick up a bottle of supermarket cider, you’ll likely find a string of ingredients that includes words like water, sugar, apple juice concentrate, carbon dioxide, malic acid, natural flavor and caramel color. All of those extra ingredients are necessary to replace everything that got stripped out during processing: water and sugar to rebalance the concentrate, natural flavor (like FruitSmart’s essence) to replace lost flavor, and caramel color to restore its lost hues.

There’s nothing inherently wrong or immoral about using AJC in a cider. Many cideries only use a portion, blending in more flavorful whole juices to add character. And even when a cidery uses only AJC, they reconstruct the flavors and aromas to create a profile they’re looking for. It’s not even hugely “unnatural,” in the sense that these constructed ciders use natural (albeit processed) ingredients. Rather, the takeaway for me is realizing how processed AJC really is, and how manipulated ciders using it must by necessity be. It results in a consistent, mass market product that can be made year-round. If you’re looking for the flavor of an orchard in your cider, though, you won’t find it in products that use apple juice concentrate.