This coconut porter is brewed with flaked coconut hand-toasted at a nearby baking company.

Silky smooth in texture and packed with dark chocolate, black licorice, dark pit fruit, toasted coconut, a dusting of cocoa power and lingering espresso on the finish. Surprisingly drinkable! Coconut — what a logical, festive addition to a porter.
- John Hansell

My first whiff of this jet black ale leaves me searching for the namesake ingredient amid all those enticing coffee and chocolate notes, but a second and third try find the coconut apparent and growing. It’s been years since I last had a Mounds Bar, but that’s what comes to mind. The taste, however, is far from confection, with a solid toasted coconut flavor buoyed by notes of roasted malt, mocha and dark raisins and dates. Overall, this porter balances its various elements near to perfection, creating an attractive and flavorful aperitif or Thai cuisine accompaniment in so doing.
- Stephen Beaumont

John Hansell
John Hansell is an equal-opportunity drinker. He writes about beer, wine and spirits. He is the creator, publisher & editor of Malt Advocate, a magazine for the whisky enthusiast. 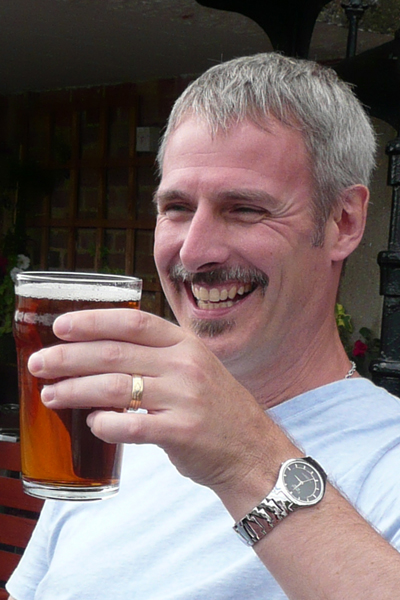 Stephen Beaumont
Stephen Beaumont boarded his first plane at the age of 15 and hasn’t looked back since, obsessing about travel to the point that he gets nervous if he doesn’t have a ticket or two stacked on the corner of his desk. When he’s not running around in search of new taste experiences, he makes his home in Toronto, where a new cultural experience is only as far away as the next neighborhood.