All About Beer Magazine May 2016 Issue 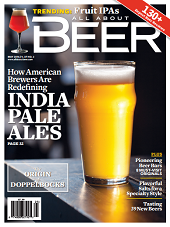 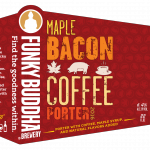 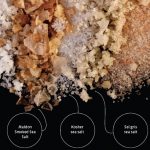 Salt, the humble but indispensable kitchen staple, has been finding itself in beer’s spotlight more and more these days thanks to one style in particular—gose. Brewers from Richmond to Seattle are discovering the subtle, yet integral part artisan culinary salts can play in this historical beer style. Technically speaking, all salts are chemically equal in... View Article 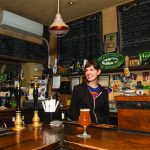 Today, you can find fresh, locally brewed beer in nearly every major American city. The fact that even casual dining chains such as TGI Fridays and Buffalo Wild Wings have expanded their offerings beyond Anheuser-Busch InBev and SABMiller products in recent years is owed in part to the rise of the homebrewing movement, in part... View Article 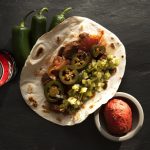 When you see the word albañil, or “bricklayer,” grab a napkin. “Bricklayer,” in culinary lingo, means a meat-based dish sauced with a combination of onions, jalapeños and tomatoes that can be easily tucked into tortillas for a fast meal. According to Chef Pati Jinich in her new book Mexican Today, the tacos are so named... View Article 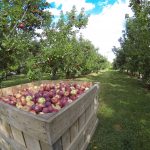 Whether it’s shelving at grocery stores or taps in bars, cider is slowly taking over real estate once exclusively held by beer. But as one of the fastest-growing segments of alcohol, finding its place among drinkers presents a challenge as cider makers find a balance between beer and wine. There’s no denying cider is growing... View Article 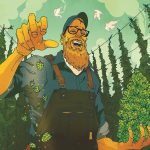 Last spring, former Harpoon brewer Steve Theoharides was talking about the brewery’s new session IPA, Take Five. It’s a well-done example of the style, vividly hopped but not bitter, low in alcohol but not thin. Developing the beer had been a challenge. Theoharides was working with potent American hops, and they were contributing too much... View Article 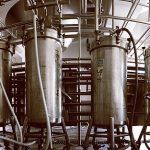 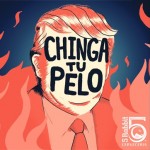 Bright squares of pink and yellow, blue and red, and in them not Andy Warhol’s Marilyn Monroe but drawings of Vladimir Putin. Each version of the Russian president features contrasting colors painted across his hair, his eyes, his lips. And below all of them, a three-word disclaimer: “Not for gays.” It’s the label art for... View Article 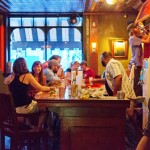 When Andy and Sean Arsenault decided to launch Brewery ARS, the 33-year-old twins were certain about two things. First, they would focus on producing distinctive, cold-conditioned saisons. Second, they would build their brew house in Philadelphia. Not the suburbs, not the “Philadelphia area,” but somewhere in the heart of the urban streetscape. “We always wanted... View Article 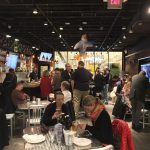 The Rise of Taprooms 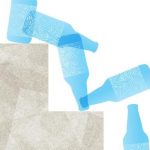 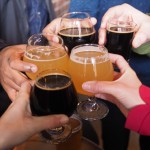 Appreciate the People, and the Moments 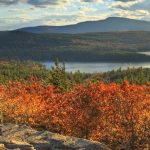 With its rolling hills, lush foliage and sparkling river views, New York’s Hudson Valley is certainly a tourist destination. Apple orchards, artists’ communities and even a culinary school dot the region. In the past few years, the area along the Hudson River south of Albany to the tip of Manhattan has become a cradle of... View Article 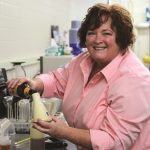 Pull Up A Stool With Rebecca Newman

Three decades into a distinguished brewing career, Rebecca Newman is a strong advocate for quality beer. After starting at Anheuser-Busch and following a stretch making sake, she set up the quality program at Sierra Nevada Brewing Co. She then moved east and helped create the Samuel Adams “perfect pint” glass and later worked on recipe... View Article 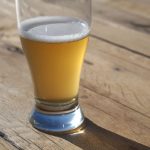 Making pilsners involves the finesse of pale-beer brewing and diligence of bottom fermentation, two of the thorniest tests of homebrewing. However, pilsner (pilsener, pils) is, by no means, off limits to any brewer. The three most common styles of pilsners are Bohemian, German and the Classic American pilsners (CAP). All are quite different and can... View Article 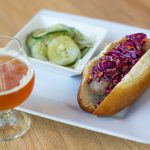 Kansas City’s beer scene is that indie band that is about to go mainstream. The local brewery count has doubled to 14 in the past two years, and another three microbreweries are slated to begin serving in 2016. KC is also often the first Missouri market to receive new releases from breweries operating elsewhere in... View Article 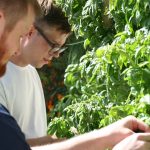 We like to think of small brewers as green, sustainable businesses. Some brewers are making their walls literally green with new slants on an old technology, vertical hydroponic gardens on walls right in the brewery. Jared Long, the head brewer at Altitude Chophouse & Brewery in Laramie, Wyoming, got approached by Bright Agrotech, a local... View Article 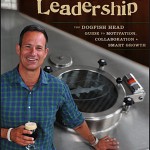 Off-centered Leadership: The Dogfish Head Guide to Motivation, Collaboration and Smart Growth By Sam Calagione $25, Wiley After 20 years in business, Sam Calagione, the founder of Dogfish Head Craft Brewery, has learned a thing or two. The book is largely a collection of interviews, seemingly transcribed from a tape recorder set on a table between... View Article 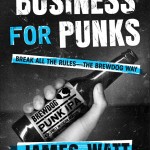 Business for Punks: Break All The Rules—The BrewDog Way

Business for Punks: Break All The Rules—The BrewDog Way By James Watt $26, Penguin Portfolio On Page 9, James Watt, the co-founder of Scottish brewery BrewDog, starts off by saying, “Be a selfish bastard and ignore advice.” Then, the self-proclaimed business book geek goes on offering insight, stories and, yes, advice gleaned from the almost... View Article 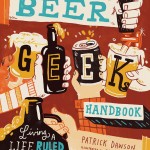 The Beer Geek Handbook: Living a Life Ruled by Beer

The Beer Geek Handbook: Living a Life Ruled by Beer By Patrick Dawson $14.95, Storey Publishing It’s cool to be a geek these days, and when it comes to beer, having the right knowledge will make you a better drinker. From glassware to special brewery releases, how to trade and more, Patrick Dawson provides often... View Article 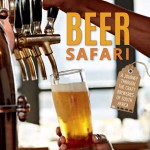 Beer Safari: A Journey Through the Craft Breweries of South Africa

Beer Safari: A Journey Through the Craft Breweries of South Africa By Lucy Corne  $13.60, Penguin Random House South Africa In this handy, thoughtful and insightful guide book by local journalist Lucy Corne, it’s clear to see that South Africa is soon to be a major player in the global beer scene, thanks to its... View Article